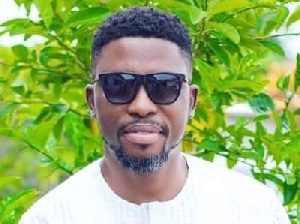 Musician and activist Kwame Asare Obeng, widely known as A-Plus, says with hindsight, he should not have campaigned for President Akufo-Addo in 2016.

A-Plus was a loud figure for the NPP in the 2016 elections, taking on the Mahama administration and espousing what he thought then to be the ‘Messianic’ Akufo-Addo.

A musician, A-Plus used his craft to trumpet the promises of candidate Akufo-Addo which included the Free SHS and anti-corruption policies .

But in what could be described as love turned sour, the once upon a time disciple of Akufo-Addo has become one of his greatest critics.

A Plus has, on several occasions said that he feels let down by the government on how it has dealt with corruption in the public space.

In the latest of his epistles which he posted on his Facebook page, A Plus says he regrets describing Akufo-Addo as a man who is not ‘ordinary for ordinary people”.

According to him he has now come to the realization that Nana Akufo-Addo is another ordinary politician who cares little about the average Ghanaian.

“In 2016, I wrote an article that Nana Addo is not ordinary and he is not for ordinary people. Please it is not true. He is very ordinary or even worse than all the presidents we have had. He was our last hope. We believed him”.

“We thought he was coming to do something different – he is just a disappointment. He is like Asempa 94.7 fm – all talk all day!!! I know for a fact that he won’t be surprised if he should lose the election. He has seen people cheering him up more than this but still lost the election. Akufo Addo is experienced in loosing than winning,” he added.