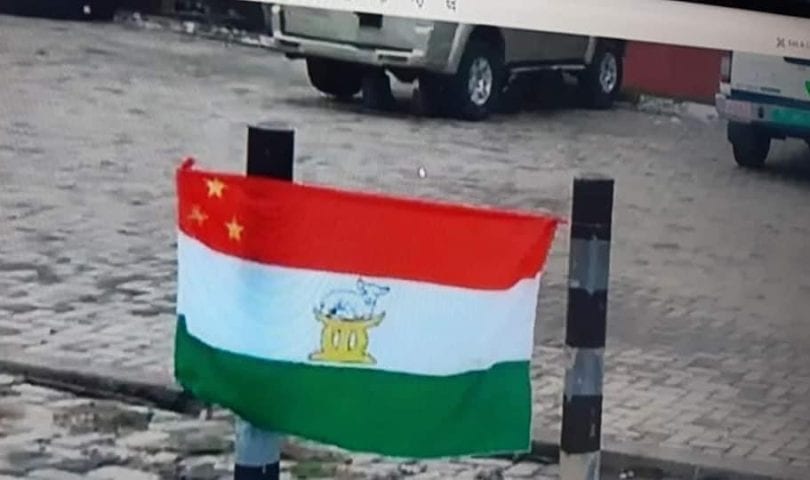 It is very important that, people of the Volta Region and Ghana treat today’s blockades on major roads leading to Volta region and the call for Western Togoland independence with extreme caution and suspicion.

By national security structure and protocol, what happened today could not have happened without the prior knowledge of government, national intelligence (BNI), military intelligence etc.

Today’s episode was calculated and planned. It started with hoisting of flags at strategic locations without any response from government, police, or the relevant security institutions. The national security structure by its arrangement and design could not have been deaf, dumb, and blind to the road blockades that took place today at various major roads leading to the Volta Region. It is just not possible that, no intelligence was gathered on today’s activities.

Today’s activity was not and never spontaneous. Spontaneous activities do not arise from coordination. Such activities arise from chaotic events or sudden jerks. But today’s road blockades were planned, coordinated, and executed. This takes more than just a day as it requires mobilisation of human resources, logistics, geographical mappings, and daily communications.

I am of the strongest opinion that, the media to break the news was alerted ahead of time. It would be unbelievable for government to state that, they were not given any form of intelligence whatsoever by any of the intelligence agencies that are littered across the country. It is practically impossible.

In furtherance, the persons used for today’s road blockades are not persons of trained background but rather, a people that were gathered to provoke, set up, and tactically withdraw when military responds. And that was what happened.

My concerns however are, if government, political appointee(s), or a political party is not complicit in today’s road blockades under the guise of Western Togo Land Independence, with an ulterior motive of a political gain, why was the entry barrier points to Volta Region not reinforced? Why was highway patrol on such major roads not boosted as a prophylactic security measure to secure peaceful environment?

From history, Volta region by nature and character, has never been a hotspot for or of violence. Why the sudden military invasions and violence since the ‘Voltarians are Togolese’ exclamation? Is it an attempt to militarise the Volta region for any parochial gains?

If indeed, there is an upsurge in numbers of people seeking political independence by invoking a historical clause, which law in Ghana have they offended that should always require  military brutality in response at all times, rather than engagement?

The critical need of the Volta region at this crucial period in time and in the future is TRANSFORMATIVE DEVELOPMENT. It is a region that has never gained any significant development from any political party and government since its inception. Currently, the indigenes are up in arms and through their own efforts to bring significant development into the Volta Region. The best any government can do and of which we unequivocally demand is not to create pseudo-instability which will prevent the inflow of private capital and investments.
25:09:2020