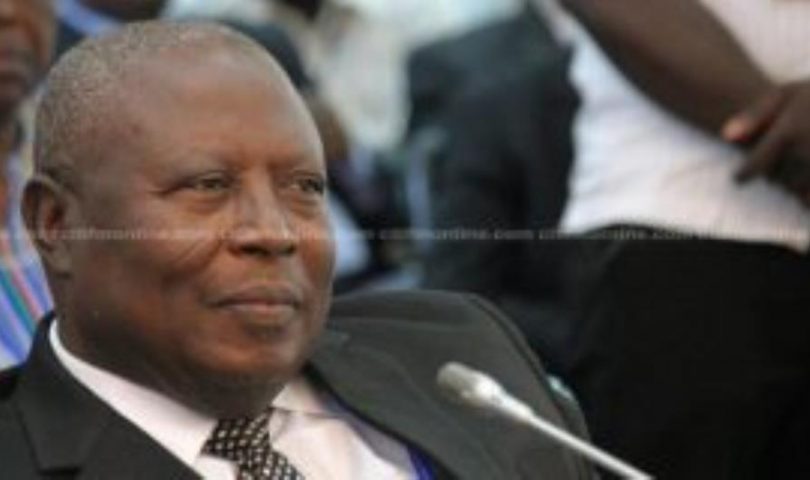 In my humble opinion, it was a step in the right direction when somewhere last year, the NPP Communication Director, the Honourable Yaw Buaben Asamoah called on the Special Prosecutor, Mr Martin Amidu to keep Ghanaians updated on the progress of the corruption fight.

Dearest reader, you may agree to disagree, but I am of the opinion that the appointment of Mr Martin Amidu to the position of the Special Prosecutor with a mandate of investigating, prosecuting and retrieving stolen monies from greedy and corrupt public officials, is, arguably, the most important appointment by President Akufo-Addo thus far.

Ghana, as a matter of fact, has been losing billions of dollars since the adoption of the Fourth Republican Constitution to the remorseless nation wreckers who take delight in swindling the state to the detriment of the poor and disadvantaged Ghanaians, and yet the methods employed by the successive governments in fighting the apparent menace have been extremely disappointing.

Suffice it to state that despite the pernicious effects of corruption, the successive governments and their Attorney Generals have woefully failed to cooperate with other interested stakeholders to investigate, prosecute and retrieve stolen monies from the stubbornly impenitent nation wreckers.

It is for this reason that some of us are most grateful to President Akufo-Addo for showing seriousness and commitment towards the fight against corruption by establishing the Office of the Special Prosecutor with the responsibility of investigating, prosecuting and retrieving stolen monies from the corrupt public officials.

Notwithstanding the seeming inaction for well over two years, some of us are of the firm conviction that the introduction of the Office of the Special Prosecutor is a pragmatic way of tackling the rampant bribery and corruption cases head-on.

Indeed, it would be somewhat refreshing if the justice system descends heavily not only on the goat, cassava and plantain thieves, but as well as the hardened criminals who hide behind narrow political colorations devoid of patriotism.

It was against such backdrop that some of us were extremely livid over the vineyard news which spiralled through the airwaves some time ago that Mr Amidu had not been resourced adequately by the government and therefore planning to quit the job.

But lo and behold, the Finance Minister graciously announced in his 2019 budget presentation that President Akufo-Addo has decided to give a staggering GH180 million to Martin Amidu to fight the canker of corruption.

I have always insisted that despite the widely held notion that Ghanaian politics is full of inveterate propagandists and manipulating geezers, we have many selfless, morally upright and forward-thinking politicians like President Akufo-Addo in our midst.

In fact, I hold a firm conviction that a fantastically corrupt public official is no less a human rights abuser than the enigmatic Adolf Hitler.

This is because while the enigmatic Adolf Hitler went into a conniption-fit and barbarically exterminated innocent people with mephitic chemicals and sophisticated weapons, a contemporary corrupt public servant is blissfully bent on suffocating innocent citizens through wanton bribery and corruption.

Consequently, the innocent citizens would often end up facing untold economic hardships, starvation, depression, emotional labour and squalor which send them to their early graves.

In Ghana, it would appear that the political criminals have the licence to steal. Dearest reader, if that was not the case, how come the offending politicians and their accomplices often go scot free?

Elsewhere, though, the laws and regulations are strictly enforced, and as such the vast majority of the citizens and denizens prefer the observance to the stringent fines and the harsh punishments.

“Corruption also strikes at the heart of democracy by corroding rule of law, democratic institutions and public trust in leaders. For the poor, women and minorities, corruption means even less access to jobs, justice or any fair and equal opportunity” (UNDP 2016).

There is no denying or ignoring the fact that the revoltingly cyclical corrupt practices amongst the political elites have resulted in underdevelopment, excessive public spending, less efficient tax system , needless high public deficit and destabilization of national budgets, heightened capital flight and the creation of perverse incentives that stimulate income-seeking rather than productive activities.

The fact though, remains that Ghana’s transgressed and incompliant politicians and other public officials often get away with murder. For if the wanton bribery and corruption, dubious judgment debt payments, stashing of national funds by some greedy opportunists and misappropriation of resources and crude embezzlement by some politicians do not warrant criminal charges, then where are we heading as a nation?

The all-important question discerning Ghanaians should be asking is: will the day come when “Ghana’s political criminals” find they have nowhere to hide?

We are, however, extremely disappointed over the seeming lack of essential prosecutions and information on the corruption fight.

Indeed, the Office of the Special Prosecutor has been in existence for well over two years and it seems not much is happening in terms of prosecutions. Does it mean that there is no admissible evidence against the alleged suspects?

Let us be honest, the benign and somewhat lenient approach would not circumscribe the widespread sleazes and corruption which have been retrogressing Ghana’s advancement thus far.

How on earth would individuals turn away from their crimes if the only available punishment for stealing the public funds is a mere plea to return the loot?

Let us face it, much as the paradox of exposure is somewhat relevant in the fight against the canker of corruption, it is not an isolated tool, it goes hand in hand with prevention and deterrence.

Well, if we are ever prepared to beseech the fantastically corrupt public officials to only return their loots without any further punishment, we might as well treat the goat, plantain and cassava thieves same. For after all, what is good for the goose is good for the gander.

It is absolutely true that reported cases of political offenders misdeeds often leave concerned Ghanaians with a glint of bewilderment. However, when it comes to the prosecutions of the political criminals, we are often made to believe: “the wheels of justice turn slowly, but it will grind exceedingly fine.”

Yet we can disappointingly recall a lot of unresolved alleged criminal cases involving political personalities and other public servants.

Where is the fairness when the political thieves could dip their hands into the national purse as if tomorrow will never come and go scot free, while the goat, cassava and plantain thieves are incarcerated?

I will dare state that there is no deterrence for political criminals. For, if that was not the case, how come political criminals more often than not, go through the justice net, despite incontrovertible evidence of wrong doing?

I bet, the democratic country called Ghana, may not see any meaningful development, so long as we have public officials who are extremely greedy, corrupt, and insensitive to the plight of the impoverished Ghanaians.

Going forward, we must not and cannot use the justice net to catch only the mobile phone, plantain, the goat and cassava thieves, but we must rather spread the justice net wide to cover the hardened criminals who are often disguised in political attire.

Let us therefore humbly remind the Special Prosecutor, Martin Amidu that the right antidote to curbing the unbridled sleazes and corruption is through stiff punishments, including the retrieval of all stolen monies, sale of properties and harsh prison sentences.