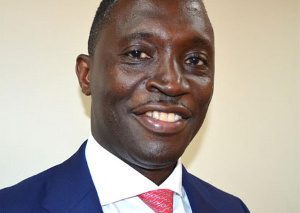 Bright Simons, the honorary Vice President of IMANI-Africa has debunked suggestions from apologists of the Akufo-Addo administration that the selection process for managers of the controversial Agyapa Royalties deal was transparent with no intention of favouring persons closer to the corridors of power.

The Akufo-Addo administration has come under criticism for appointing persons “exposed to government” to head key positions under the Agyapa Royalties agreement.

This, some governance experts have suggested, is an avenue for conflict of interest.

But Charles Adu-Boahen, a Deputy Minister for Finance has responded that the process was as transparent as possible and that the appointment of Kofi Osafo-Maafo, the Senior Minister’s son, is a way of having a Ghanaian heading key positions in the new company.

Speaking on Joy FM’s Newsfile on Saturday, Bright Simons of IMANI-Africa, for example, argued that the methods used in appointing Kofi Osafo-Maafo and other relatives of the president was questionable.

“We have made enquiries: we cannot see any public advertising for the role, obviously there should be a database. We have asked a lot of people that traditionally will be approached and none of them were aware that this recruitment was going on. So that suggests that somehow the attempt to look for a Ghanaian to [head] this entity was not as extensive as possible,” he said.

“Did they do any analysis of transactions in the private market? And did those analyses suggest that if they had used that method, they would have made less money if they went directly [….] instead of using this route.

“And what was the outcome in terms of proceeds per annum [per] ounce of gold in royalties in that analysis?” he quizzed