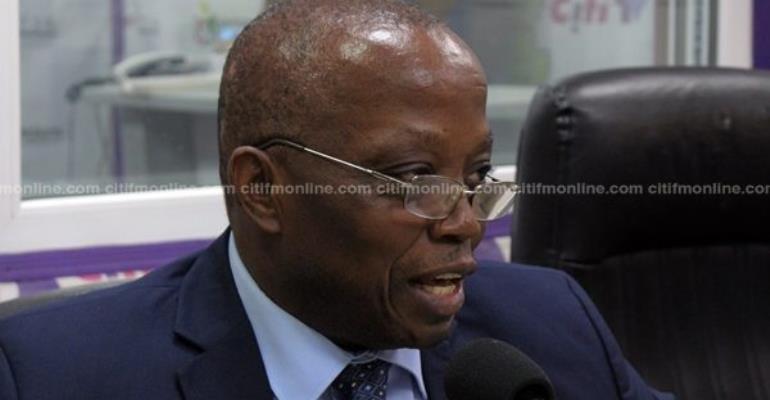 Over the past many years, l have had doubts about the credibility and worth of some Ghanaian PhD holders. Most of them do glorify themselves in the mere possession of their paper qualifications than what they can do to benefit Ghanaians and their country or humanity at large unlike their white contemporaries.

Some of them, especially those living in Ghana, love to intimidate, directly or indirectly, the less educated people they come into contact with, both outside and in workplace. They relish in, and prefer, being addressed as Doctor or Doc even if they cannot do anything tangible to alleviate the socio-economic suffering of the Ghanaian.

Following President Nana Akufo-Addo’s genuine directive to Auditor General Daniel Yao Domelevo to exhaust his accrued paid annual holiday by going on leave, many a Ghanaian PhD holder has come out to criticise the president. Some have said he has absolutely no constitutional right to direct the Auditor-General Domelevo to take his accumulated annual leave because the Auditor-General is a constitutional entity. Others have argued that the president is scared of the anti-corruption nature of Mr Domelevo. The president feels uncomfortable about Mr Domelevo exposing the NPP’s malfeasances hence directing him to take his leave.

I have read some of them quote all the constitutional articles and the relevant Ghana Labour Act, 2003, and the Audit Service Act, 2000, but interpreting them to suit their narrow-minded interests. The wording of the articles is in plain English but not in jargons that are only to be understood by PhD holders or Legal luminaries yet, my fellow learned Ghanaians would like us to understand it differently or according to their interpretations.

A few days ago, one of them was asking the president to ‘eat the humble pie’ by recalling Mr Domelevo from his leave. He explained Mr Domelevo is an anti-corruption czar who is fighting the NPP’s alleged corruption so to direct him to start his leave in an election year makes one become suspicious of the president’s motive. He goes on to say that such action by the president will cost NPP collateral effect.

What I don’t understand about all these PhD holders is their difficulty or lack of knowledge to explain why for the fact the Auditor-General Domelevo being a Ghanaian, a public servant and an alleged anti-corruption person should never go on leave.

Do his qualities make him so special to infract the laws of his own office? Should he be allowed to accumulate his annual paid holidays without ever proceeding on leave or to finally forgo his leave contrary to the laws in place?

He is an incorruptible Auditor-General the kind of whom has never been seen in the history of Ghana so he must be allowed to do as he likes when he wants? The NPP are corrupt so he should never move an inch but to stay put keeping eagle an eye on them, is it?

The argument that he can decide not to go on leave is neither here nor there when one considers the Ghana Labour Act, 2003, Section 31. Everyone public officer in Ghana except those exempt by law of which category the Auditor-General is not included, must go on paid annual leave.

There is the Audit Service Act, 2000. Does Mr Domelevo respect and conform to the rules so contained in the Act? Why does he see himself so special to conclude that without him being permanently in office Ghana cannot function? Why do other people, highly educated ones of course, give the false impression that without Mr Domelevo in office Ghana cannot function well and the NPP will corruptly empty the coffers of the country?

Instead of our PhD holders explaining to Ghanaians what the laws state before adding their opinions, they are rather letting Ghanaians believe their opinions for the law. This is where I have a problem with them and begin to see their irrelevance in the advancement of Ghanaians as a people and a country.

Why have they anticipated Daniel Domelevo’s directive to start his accumulated leave for his sacking? Why are they reading further into it if their conscience serves them right? Why is Mr Domelevo on the other hand resisting not to go on leave to exhaust his accumulated leave? Has he a hidden motive for that?

How and why did he come to accumulate his paid annual holiday leave? What law authorises him to do that and when did he intend to take his leave? We have to probe deeper into his intentions for not wanting to take his accumulated annual paid holiday.

Honestly, should Ghanaian PhD holders continue on that tangent of using their qualifications to deceive people by portraying themselves as authority but when actually being petty with the truth and facts, then my little respect left for them will be completely evaporated into the thin air.

So far, my research has proved that it is so deserving for Auditor-General Domelevo to start his leave as directed by the president. It is just fair to him and all public offers to have their decent paid annual holiday rest.

Please, don’t read your political beliefs into interpreting the laws or else, you will always get them wrong only to expose yourself to public ridicule.

Could the Ghana Supreme Court please come out to clarify the hullabaloo about the Auditor-General Domelevo’s saga in case anyone has filed a complaint with you against the president?

Please, some of you Ghanaian PhD holders, stop making a mockery of yourselves by your actions often influenced by your political persuasions and what you hope to gain as an individual. Do explain laws as they are intended for; by facts and what the laws expressly state.

Mr Domelevo, please enjoy your leave and come back when all is done. You are on leave but not sacked so please take it easy.