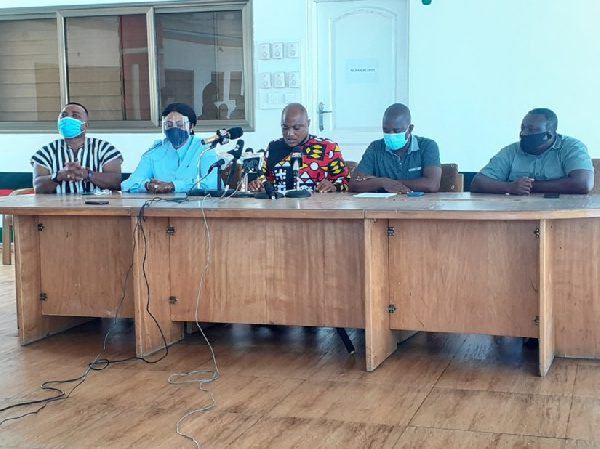 The National Democratic Congress (NDC) has condemned alleged Military invasion of Maxxon Supermarket and Filling Station in Teshie without a search warrant from the court.

The Party said the building, owned by Mr Ben Ayiku Narh, the Party’s Parliamentary Candidate for Ledzokuku, housed his private office, which was being used by the constituency executives for the on-going voter registration exercise as “collation centre”.

Mr Amos Blessing Amorse, the Deputy Greater Accra Regional Youth Organizer of the Party at a News briefing in Accra said, on Sunday July 19, four Military Patrol Team members allegedly stormed the premises claiming they had picked intelligence that the Party had set up a registration centre at the Parliamentary Candidate’s office to register people at night. He said the incident took place while Mr Narh and the constituency executives were in a meeting with some traditional leaders.

Mr Amorse said the Party executives told the Military personnel it was not true they were registering people in the office and showed the Military men a desktop computer that the Party’s Information Technology Officer was using to collate registered voters for the day.

He alleged that the Military team led by Captain Dominic N. Nakpaja insisted on searching the office and seizing the desktop computer, which was resisted by the Party executives.

Mr Amorse alleged a Military reinforcement from the Teshie Southern Command dispersed the crowd amidst gunshots.

The Deputy Regional Youth Organiser further alleged the Military team confiscated the desktop computer and the Party’s electoral print outs from the various registration centres for the first day of the third phase.

Meanwhile, Colonel Eric Aggrey-Quashie, the Director of Public Relations of the Ghana Armed Forces told the Ghana News Agency that the issue was under investigations.