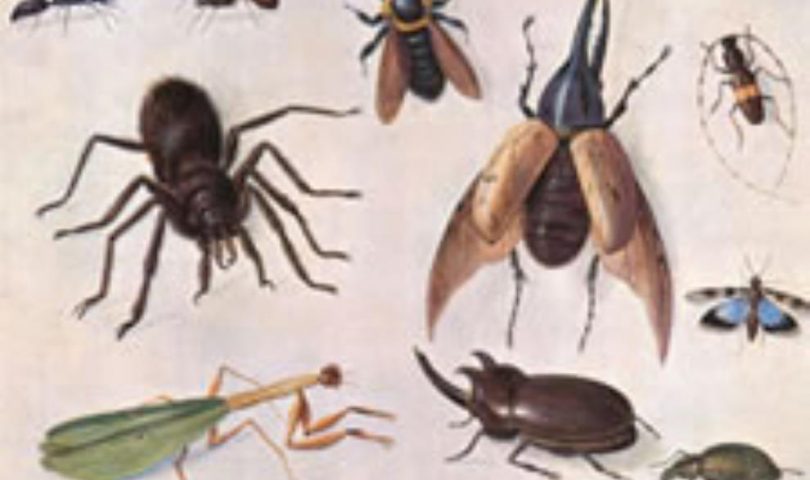 Had it not been for the loving God who ordained that I had many more years to live on this mysterious earth, and so sent in my mother to the room to come to my rescue with some palm oil, I, Ezzideen, the narrator of the story below, wouldn’t have been here to narrate it. This story would probably have been told by someone – perhaps an eye witness – because what happened had the tendency of sending me to an early grave. But, God was good and will always be.

Even before I get into the story, let me seize this opportunity to thank God for gifting me a mother who tried all her possible best to make sure her loved ones did not send her messages of condolence such as “What a shock!!”, for the death of her last child, who, out of his desperate curiosity, consumed a powder, an insecticide to be specific, meant to kill some stubborn insects that have troubled her for long. Thank you God; thank you, mum.

It was on one sunny afternoon when the incident happened. I had closed from school. For the exact date and my exact age at the time, I don’t remember. But, thing is, I was very young [not any more than five years old]. I usually stayed back in school for a while after school had closed to play soccer with classmates and friends. However, on that faithful day, I did not wait any longer in school after the closing bell was rang.

My surmise is that my refusal to stay back that day to execute my modus operandi [playing soccer after school] was borne out of two things: first is, as her last child, I had missed my mum so much that I couldn’t wait any longer to see her. Second is, I was very hungry.

When the ‘Bellboy” did his job to call it a day, I quickly rushed for my bag, packed in my books and set off for home. Unlike on different days when I would usually walk slowly when going home, on that day, I ran at top speed, aiming at reaching home earlier than I did on days before. This and whatnot tell how different that day was. Everything in it was strange, quite far from normalcy.

No sooner did I arrive home, and as I had expected, my mum was home. I saw her and thus, my burning desire to want to see her again, after leaving her home for school, quenched by default. As a formality, I greeted her in the common phraseology that all school-going children used when they returned from school. “Good afternoon, mum”, I said cheerfully. “Good afternoon, Ezzideen”, she replied in her stress-relieving low tone. “How was school today, my boy?”, she quickly asked. “School was fine”, I answered. She went on to ask me several questions which I cannot actually remember.

Like I has stated early on, hunger was one of the reasons that caused me to rush home very early on that day. So, my mother’s lengthy questions about school towards me were like nuisances for me. I was not ready to answer any further questions. I was hungry, and I needed food instantly to satiate my hunger. Realizing this, she asked me to go inside and drop my bag, change my clothes, and then come for food. So, I heeded and went to the room. This was the moment I nearly sacrificed my life for some insects that owed me nothing. It was the moment a mother who was waiting outside to give her “baby last” some food to eat, nearly lost him to an insecticide powder.

We have been battling with some insects in our room for a number of days. Mum had tried all humanly acceptable means to drive those insects away, but her efforts proved futile. She was left with only one option: to resort to using insecticide powder. So, she did. She sprinkled the insecticide powder on the edges of our room, even before I arrived home.

It is worth knowing that I was a proud lover and/or a consumer of “powder”, one that is applied on babies after bath. I am quite confident that you, the reader of this story, was also a proud consumer of same, given the fact that consuming such a “powder” characterised the childhood days of many of us.

For me, chancing upon the insecticide powder was like a serendipity – I had wanted food and God had provided me with one of my favourites. As befuddled as I was as an infant, I couldn’t differentiate between the powder I usually consumed and the one that poisoned insects to their unprecedented deaths. For me, so far as what I had seen was whitish and powdered, it was my usual powder.

Without any further delay, I descended my knee onto the floor and served myself with the insecticide powder meant to kill the insects that’ve troubled us for a while. Do not hasten to conclude that I was one of the stubborn insects who’d troubled mum all this while. Lol! I wasn’t. I licked the powder very much, unfortunately. Although it tasted differently from the powder I usually took, my conscience never prompted me that I was consuming a poison. All this while, mum was still outside and was unaware of what had happened in the room.

After I had satisfied myself came the punishment. I began feeling some stomach upset. Fast forward, the situation worsened to a point where I began feeling unconscious. I was gradually passing out.

I don’t know who sent mum in, but to her dismay, she found me lying helplessly and shivering constantly like an epileptic, with my mouth painted with the powder. Immediately, she frustrated and fretted. Confused, she rushed me out and laid me flat on my back – that is, I was lying in a supine position, as the anatomist would say. Hurriedly, she brought out some palm oil from her cupboard and bottled-fed me with it. The palm oil nauseated me and eventually, I vomited everything out. I regained consciousness immediately.

This was how I was saved from an unprecedented sudden death. Thanks to God. From then on, I resigned from consuming powder of any kind.

One lesson that could be drawn from the above sad story, although packaged in a funny envelope, is that we should always keep poisonous substances out of children’s reach, in order to prevent several hazards.