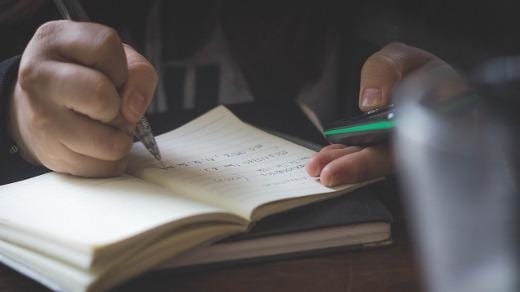 I don’t know who this Communications and Public Relations Expert, so-called, by the name of Mr. Raymond Ablorh is, but it is quite clear to me that the critic could not in any way “have taken President Addo Dankwa Akufo-Addo to the cleaners,” because in the original American idiomatic expression of the term, “taking somebody to the cleaners” actually means robbing them of their monetary wealth or priced possession. I sincerely don’t believe that was what Mr. Ablorh did to President Akufo-Addo or the latter’s administration (See “Ghanaians Disappointed in Your Large, Corrupt, Mediocre Gov’t – Expert Slams Akufo-Addo” AfricaNewsAnalysis.com 7/9/20).

Indeed, it would be very naïve for any knowledgeable adult Ghanaian citizen to have expected that President Addo Dankwa Akufo-Addo was poised to running a picture-perfect government, merely because of his much-touted personal political profile as a leader who was devoid of the sort of corrupt and shady political dealings that was widely and, for the most part, credibly associated with his predecessors, namely, Presidents Jerry John Rawlings, John Agyekum-Kufuor, John Evans Atta-Mills and, solidly yes, John Dramani Mahama, the man the Founding-Father of whose own political party has perennially described as the most thoroughgoing corrupt of all Ghanaian leaders since 1957, the year that Ghana established its political sovereignty from British colonial rule.

Of course, President Kufuor did not help matters when he cynically affirmed that corruption was an inescapably innate negative human behavioral quality that was as old as humanity itself. He smugly and cavalierly chose to cast matters Judeocentrically by asserting that “Corruption is as old as Adam and Eve.” And he was incontrovertibly right, except that it did not give off a flattering moral impression to the ordinary Ghanaian citizen who looked up to public officials like Mr. Kufuor for principled leadership that, indeed, the then-President Agyekum-Kufuor was serious about fighting the carcinogenic canker of official corruption that had firmly gripped the moral, political and sociocultural fabric of the country. It is also rather absurd to hear Mr. Ablorh accuse President Akufo-Addo and his government of corruption and of being “petty” and “vindictive,” when it is much too clear that both “pettiness” and “vindictiveness” were actually the hallmarks of the three previous National Democratic Congress-sponsored regimes of Presidents Rawlings, Atta-Mills and Mahama.

Mr. Abdul-Malik Kweku Baako, the Editor-Publisher of the New Crusading Guide, has already gone public detailing some of the horrific atrocities unleashed by Chairman Rawlings against the latter’s perceived enemies and political opponents, so we shall not waste any time rehashing the same here. But I am equally proud of the fact that years ago when he was still in denial about the Rawlings-perpetrated atrocities and I took him on for his waffling insincerity, Mr. Baako impugned my common sense, sanity and professional integrity. Now, it is clear who deserves the proverbial last laugh. Suffice it, however, to remark, at least glancingly or in passing, that President Akufo-Addo has not been found to be culpable or guilty of promoting the purported integrity of Mega-Heist Fraudsters like Mr. Alfred Agbesi Woyome, but, of course, the late President John Evans Atta-Mills has been. As well, former President John Dramani Mahama, of the Jibril Kanazoe Ford Expedition SUV Payola Scam infamy, has also been literally caught with his pants down, very recently, in the European Airbus SE Payola Racket.

Chairman Rawlings has also, recently, confessed, a whopping two decades after the fact, that he once extorted $ 5 Millions (USD) of the Nigerian taxpayer’s money from the late Gen. Sani Abacha. In other words, Mr. Raymond Ablorh needs what we call “a reality check.” The critic also needs to offer Ghanaians credible proofs of Nana Akufo-Addo’s having been supposedly mired neck-deep in payola scandals and stop making vacuous claims about rampant corruption within the Akufo-Addo government. We want verifiable facts, not hearsay or speculations.