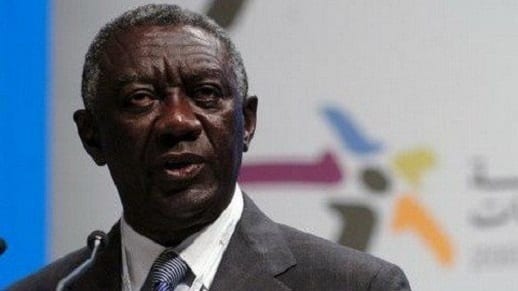 Former President John Agyekum Kufuor says his days at the Ussher Fort Prisons as a prisoner for 15 months was humiliating and very shameful.

Kufuor who was 34-years-old and a deputy foreign affairs minister was imprisoned together with colleague appointees after the overthrow of the Busia-led administration on 13 January 1972.

“We were kept there and I stayed there for a year and three months. The senior ministers were there for 18 months. We all lived in there with no charges,” Kufuor recounted the sad story to Citi News on Saturday, July 4, 2020.

“It was such an experience; so humiliating. I was there on 13th January 1972 but I didn’t come out until March 6, 1973. With all due respect, some of the big people [who are humans] had to [bath and attend to nature’s call] in the open. Can you imagine? Humiliating, that was what it was.”

He continued: “I wondered why all these well-meaning and brilliant people couldn’t hold power and we allowed ourselves to be kicked out by someone nobody knew.”

President Kufuor stated that being confined in a room with other brilliant individuals taught him to be true to his principles and ideologies.

“From prison, well-wishers generally asked me why I am bothering myself with our politics, which is a dirty game so I should go back into [legal] practice or get myself some good position or even travel. But I had the opportunity in prison to think and think again – especially staying with all these brilliant people. So, I said to myself, should you get the chance, stay the course because perhaps, your destiny will give you the chance to show how to do things,” the former president said.

Kufuor became the second president of the fourth republic and governed from 7 January 2001 until 6 January 2009. He appointed some of his fellow prison graduates to work under him including C.O. Nyanor, Minister of State for Private sector Development; and Sheikh I.C. Quaye, Greater Accra Regional Minister.