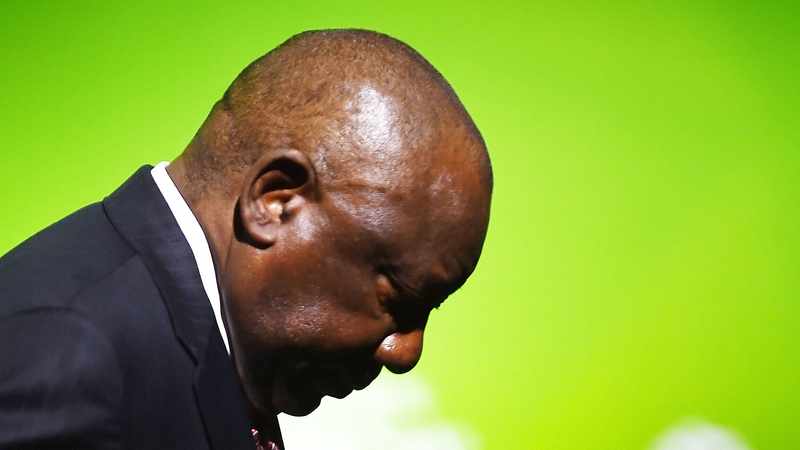 ………..Ghana cited as one of the sources of illegal money transfers to the SA President.

South Africa – South Africa and the world would have never known about President Cyril Ramaphosa’s alleged illicit financial mess if the millions of US dollars had not been stolen from his Phala Phala farm.

The Section 89 Independent Panel retired Chief Justice Sandile Ngcobo chaired cautioned that Ramaphosa was not being truthful by declaring that only $580 000 (an estimated R9.5 million) was stolen.

Information obtained during a probe by Independent Media’s investigation team the Falcons showed at least $4m was stolen at Phala Phala.

Also, information from sources with intimate knowledge of the entire saga revealed that more than $100m was hidden.

Our probe found that about $140m (roughly R2 billion according to 2020 exchange rates) was allegedly moved through Waterkloof Air Force Base to Phala Phala where it was kept for more than a month before the theft in February.

The panel’s report cited an investigator in an audio clip who put it to a suspect they knew that the suspects took about “20 million” to Namibia, albeit without clarity on the currency.

“Although in the audio clip is it not entirely clear, what currency they were referring to when the amount of 20 million was mentioned. Whether the investigator was referring to US$ or ZAR, this amount is far more than the US$580 000 that was alleged to have been hidden inside the sofa.

“If what the suspect and the investigator were saying is true about the money stolen, then there was more than US$580 000 hidden in the sofa. The question is where did this additional foreign currency come from?” the report stated.

In his affidavit, former State Security Agency (SSA) director-general Arthur Fraser stated that, although there was no certainty about the precise amount stolen, the quantum was speculated to be about $4m to $8m. Ramaphosa has publicly downplayed it to have been “far less”.

Ramaphosa had informed the panel the stolen money was the proceeds of a sale to a Sudanese national he identified as “Mr Mustafa Mohamed Ibrahim Hazim”.

He said Hazim came to the farm to view buffaloes that were for sale and paid $580 000 in cash to a Mr Ndlovu for the purchase of a number of the buffaloes.

However, Fraser in his affidavit alleged that Ramaphosa’s closest adviser Bejani Chauke was instrumental in illegally bringing into the country large sums of US dollars from countries such as Saudi Arabia, Qatar, Egypt, Morocco, and Equatorial Guinea.

Later another $20m was donated to the party bringing to $40m the total amount donated by Saudi Arabia.

The donations were allegedly on condition that the South African government did not give any form of support to Qatar. Relations between Saudi Arabia and Qatar had historically been turbulent due to disagreements over the rightful ownership of several territories.

The sources said the Saudis allegedly also expected an exclusive Saudi-South Africa oil deal through an oil refinery to be built in Richards Bay and backed by state-owned Saudi Aramco.

Ramaphosa allegedly received $10m donation from Qatar via French-born Philippe Solomons, who lives in Doha. Solomons, who has links with US intelligence agencies, flew from the United Arab Emirates (UAE) to Qatar to collect the money and then to South Africa where he touched down at Fireblade private terminal at OR Tambo. Ramaphosa’s trusted man Chauke, who interestingly has a diplomatic passport, was there to collect the bag of cash.

In total Ramaphosa allegedly received $50m in the form of “donations for the ANC”.

Ramaphosa, according to a source close to him, allegedly received $40m during his one-day trip to Egypt several weeks ago.

The Falcons are still trying to verify the information about the money from Egypt.

The president allegedly also received an estimated $10m from Equatorial Guinea’s Teodorin Nguema Obiang Mangue, who in return expected Ramaphosa to facilitate the return of his assets confiscated in France and also to “convince the courts” in South Africa to rule in his favour. According to information gathered from sources, he further received undisclosed amounts of money from the DRC and Ghana.

After the Phala Phala scandal broke Ramaphosa allegedly roped in two businessmen to help him launder the money through dubious property deals, who the Falcons will only identify as Zahir and Karl. Sources, who cannot be named, revealed that about $20m was moved to Zahir and $10m was moved to Karl.

The section 89 panel found that other than Hazim’s and Ndlovu’s names, no further particulars of the two were provided such as their passport or identity document numbers. “Mr Hazim is said to be a Sudanese businessman. Yet no particulars are given of his business or the business he is involved in, the address where he conducts business from or any particulars that will enable anyone wishing to identify him or establish his whereabouts” the report stated.

“It has been brought to my attention that there is a story doing the rounds on social media that puts up my name in a story about Mustafa Mohamed Ibrahim Hazim. I want to categorically put on record that I don’t know this person, have never met him in my life, and have never spoken with him. I reserve my legal rights to sue for defamation anyone who wants to associate me with this man,” Radebe stated.

Read the story from where it was originally posted