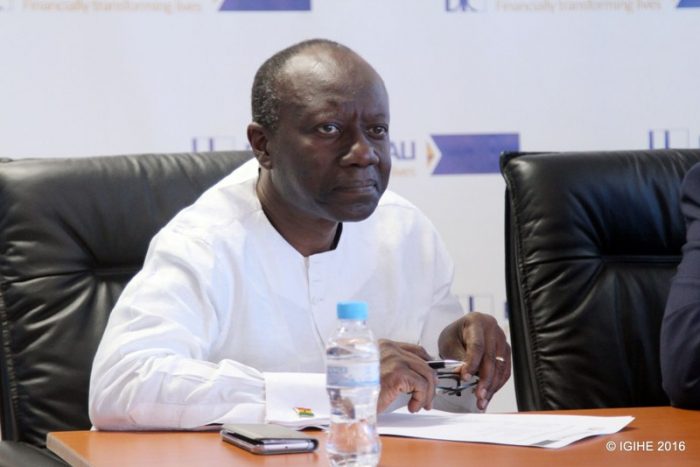 Spokesperson for majority MPs asking for the removal of the Finance Minister, Lawyer Andy Kwame Appiah-Kubi says they expect the President to act on the request to get Mr. Ken Ofori-Atta out of office in the coming days.

In an interaction with Journalists in Parliament, Mr. Andy Kwame Appiah-Kubi reiterated that they have fulfilled their part of the bargain and therefore expect President Akufo-Addo to respect the arrangement regarding Mr. Ofori-Atta’s removal.

“We have a roadmap between our good selves and the president in respect of Mr. Ofori-Atta’s engagement. So by the time we finish with the Appropriation, we expect Mr Ofori-Atta to be disengaged,” he stressed.

The NDC Minority caucus insists that Ken Ofori-Atta has trashed the country’s economy and must be axed triggering a vote of censure motion filed for his removal.

But the majority MPs’ campaign to remove the Finance Minister has been met with some backroom interventions from the party caucus and President Akufo-Addo.

Nonetheless, after suspending its demands for Ofori-Atta’s removal momentarily, the coalition of ruling party MPs has intensified calls for the President to accede to its demands now.

“We expect that the President will perform his part of the arrangement. We made a request to him and he said wait until we finish with the Budget, thereafter I will accede to your request. So we expect the president to accede to our request,” the NPP MP said.