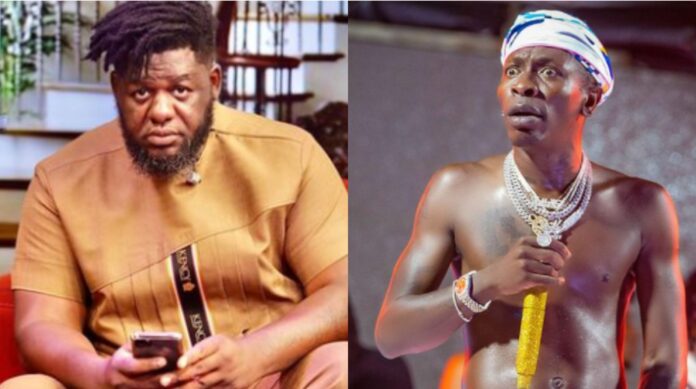 Artiste manager, Lawrence Nana Asiamah Hanson, popularly known as Bullgod has said, he has no plans of redrawing his defamation lawsuit against his former artiste, Shatta Wale.

In an interview with Roselyn Felli on Prime Morning, the famous Bullgod disclosed, nothing will make him withdraw the case from the court not even an apology from Shatta Wale.

“The pronouncement that is being made is false, no, I won’t. It is beyond me and it is beyond him now. I have been there before; I have been in that space before. I went through a lot and I didn’t go through it alone. I went through it with my family. I did almost a month in cells. My wife grew as lean as an HIV patient, she went through a lot because of me. We already have our challenges cos already I dey disturb her a lot and now this. So, if I have the power to stop her suffering, especially with this case, I will,” Bullgod told the host.

Shatta Wale on November 02, 2022, made a publication on his Facebook page implicating his former manager, Bulldog in the murder of Fennec Okyere among others.

This was because Bullgod (then known as Bulldog) who had regular beefs with Fennec Okyere, had supposedly threatened him in an interview.

In 2017, the courts, on the advice of the Attorney-General that there was no evidence against the suspect, discharged Bulldog.

In a writ filed at the Accra High Court,  seeking damages for the alleged defamation and the same for malicious publication of falsehood against him by the defendant.

“The series of publications that Defendant has made and continues to make about Plaintiff are actuated by plain malice,” the writ filed by Bullgod’s Lawyer, Justice Srem-Sai said.