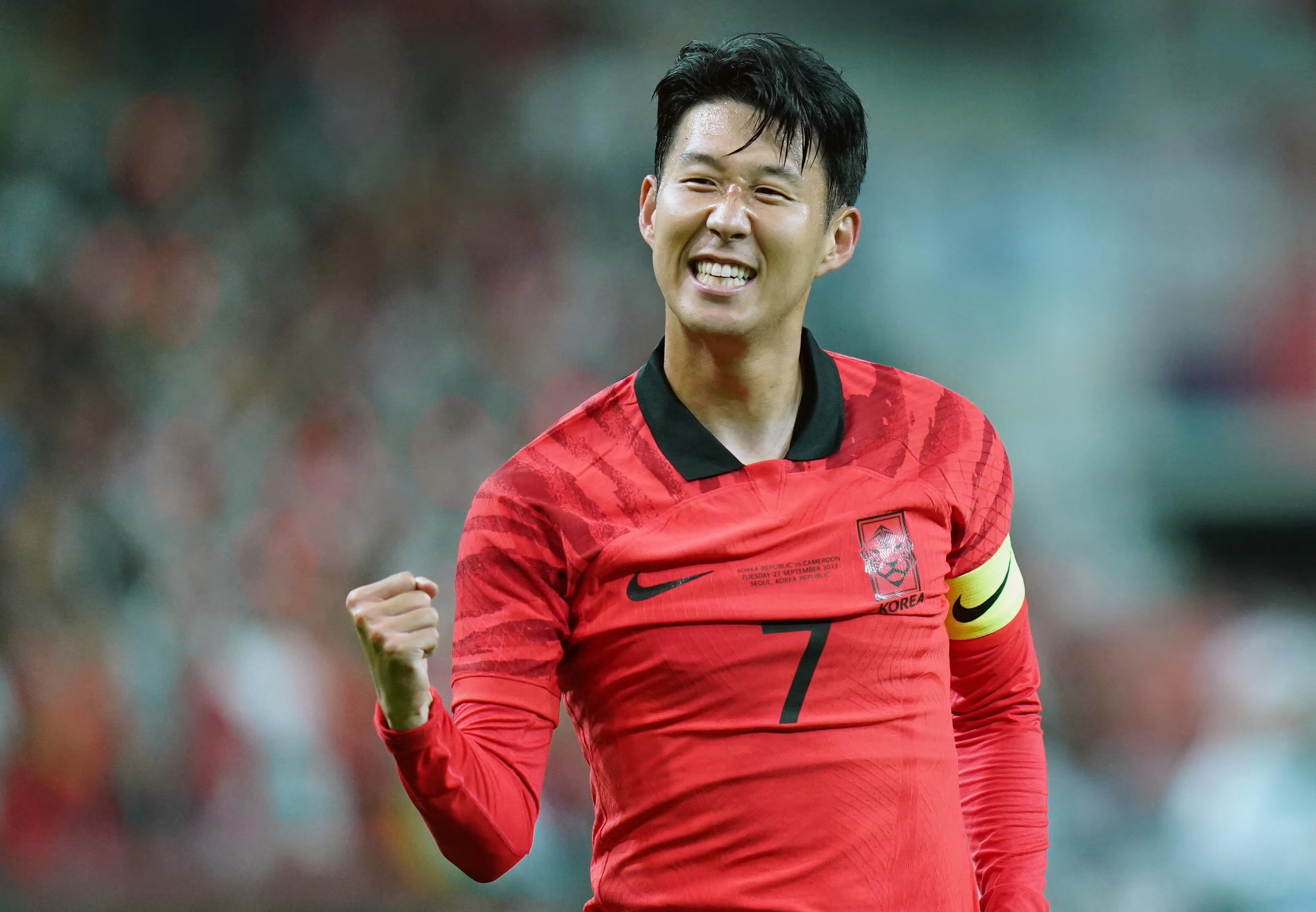 After the retirement of legendary figures such as Park Jisung and Lee Youngpyo following a run to the last 16 at the 2010 FIFA World Cup South Africa™ – the first time the country had reached the tournament’s knockout stage since co-hosting in 2002 – Korean football entered a transitional period.

With a plethora of young talents, notably Ki Sungyueng, Koo Jacheol and Park Chuyoung, the Taegeuk Warriors went on to win bronze at the 2012 London Olympics, creating excitement and hope amongst supporters that they compete at the business end of upcoming World Cups. However, those expectations proved shortlived, with the team taking a step backwards in the years that followed.

What initially appeared to be a successful transition began to show cracks after several key players at European clubs, such as Park Chuyoung and Lee Chungyong, fell out of favour at their respective sides. Moreover, instability further affected Korea’s fortunes, as even an emergence of an unparalleled superstar like Son Heungmin could not turn the tide.

The fact that the national team had to appoint six different head coaches during the eight years between South Africa 2010 and Russia 2018 is testament to the turbulence of that period. Consequently, Korea Republic failed to go beyond the group phase at Brazil 2014 and Russia 2018. However, the World Cup in Russia in 2018 will always be remembered in Korea as a tournament that gave them hope.

During the 2018 tournament, the Taegeuk Warriors lost their opening two Group F games to Sweden and Mexico. At that point, having seen their heroes crash out at the same stage four years earlier in Brazil after a draw and two defeats, the national team had become a subject of mockery for most Koreans. However, against all odds in their final group game, the Asian side defeated then holders Germany 2-0 – a famous win that took the fans by surprise and brought new hope for the next World Cup.

That said, it will be no easy task for Korea Republic to emerge from a group containing Portugal, Uruguay and Ghana, although their fans will expect a victory over the African side at the very least. After nearly a decade of frequent coaching changes, there has finally been something of a landmark continuity in recent years for Korea under Paulo Bento since 2018. The former Portugal boss will be the first head coach to remain in charge of Korea for the entirety of a four-year cycle as they head to the World Cup.

To whet your appetite for the tournament, FIFA+ takes a look at five key players who could decide the fate of the Taegeuk Warriors in Qatar.

Son has racked up three World Cup goals thus far, and if he adds another in Qatar, he will become Korea’s all-time top scorer at the tournament, surpassing Park Jisung and Ahn Junghwan. Were he to score two more, he would become Asia’s leading scorer at the World Cup, overtaking Keisuke Honda. Despite this mouth-watering prospect, the World Cup is an intimidating stage even for a Premier League Golden Boot winner.

After the 2-1 defeat to Mexico in the second group game in Russia, Son admitted as much to the assembled media: “The World Cup is a frightening stage and I’m still scared of it. No matter how well-prepared you think you are, it may not be enough at a World Cup. I felt that we lacked experience here and fear I might be repeating this again in four years’ time. That is what’s so frightening.”

However, four years after his candid confession, Son is set to return to the world stage as a far more complete player and a mature leader. Starting with that famous game against Germany at Russia 2018, he has assumed the role of captain with the national team, led his club Tottenham Hotspur to the UEFA Champions League final, and won the Premier League Golden Boot.

Now a veteran, Son no longer says that Korea “are the weakest team at the World Cup” or that “the World Cup is scary” as he so frequently repeated in the past. The big question for Bento, whose possession-based football inevitably slows down the tempo of the game at times, is how to maximise Son’s obvious talents and abilities.

With the Spurs star at his most lethal when running at full speed towards the opposition goal, Bento must figure out what position and role to assign to his star man.

Watch every single goal from the 2018 FIFA World Cup Russia™.

Hwang Uijo Position: ForwardAge: 30Although most people assume that Son would provide the main goal threat for Bento’s side, Korea’s main source of goals under the Portuguese manager has been Hwang. During the early stages of Bento’s tenure in Korea, when Son endured 13 successive games without scoring, Hwang stepped up to fill the void left by his misfiring captain. Following his national team debut in 2014, Hwang managed just one goal in the 10 matches he played before Bento’s arrival. In the four years since then, he has amassed 15 goals in 37 appearances, easily outscoring his team-mates. All told, the Taegeuk Warriors have scored 93 goals in 51 matches under Bento, with 26 coming from Hwang (15) and Son (11). Having proved his goalscoring prowess at international level, Hwang signed for Ligue 1 side Bordeaux in the summer of 2019. There he went on to score 29 times in 94 games across three seasons, in the process becoming the highest-scoring Asian in Ligue 1 history by surpassing the mark previously set by compatriot Park Chuyoung (25 goals between 2008 and 2011 for AS Monaco). The front man then joined Greek giants Olympiacos on loan during this summer’s transfer. He is yet to open his scoring account there after some inconsistent displays. With the national team, however, he will continue to be relied upon, as shown by his goal against against Brazil in June when he spun away from Thiago Silva’s tight marking to give Korea Republic the lead.Kim Minjae Position: Centre-backAge: 25 For the past few decades, there has been almost unanimous agreement that the best Korean defender of all-time was Hong Myungbo, who graced four World Cups and won the Bronze Ball at the 2002 edition in Korea/Japan. Now though, Kim Minjae, a young defender who only made his senior team debut in 2017 and is yet to experience the game’s premier competition, is being talked about as the heir apparent to Hong. Some have even suggested that he has already surpassed the legendary defender. After spending just one season at Turkish giants Fenerbahce, Kim moved to the Serie A side Napoli to replace Kalidou Koulibaly, who joined Chelsea. His early season performances for Napoli have been nothing short of remarkable, and he has quickly established himself as a defensive stalwart for the current Serie A leaders. In Napoli’s 4-1 victory over Liverpool in the UEFA Champions League earlier this month, Kim completely shut down the Premier League Golden Boot winner Mohamed Salah and Diogo Jota, whom he may face again in the group stage match against Portugal in Qatar later this year. Hwang Inbeom Position: Central midfielderAge: 26 Hwang is a genuinely versatile player who can create scoring chances like a No10, tirelessly work like a box-to-box No8 or sit in front of the backline to add stability to the team like a No6. He is central to Bento’s tactic of seeking to dominate possession in midfield to build the play. After his dream move to Europe failed to materialize in 2019, he opted instead for MLS side Vancouver Whitecaps, a decision that left some of his fans puzzled.

Through it all, though, Bento kept absolute faith in Hwang. Even before the Qatar 2022 qualifiers began in 2019, when the media’s questioning of Hwang’s abilities was at its peak, Bento said, “It’s very clear why Hwang gets the call-up. He possesses all the attributes that the modern versatile midfielder is required to have. He understands what he has to do in every situation in attack or in a transition to defence.” Perhaps, Bento saw in Hwang something of the player he himself used to be during his time as a hardworking midfielder for Sporting CP and Portugal. Last season, Hwang made his European competition debut in a brief UEFA Europa Conference League foray with Rubin Kazan. This season, he joined Greek giants Olympiacos and has made several appearances in Europa League group matches.Jung Wooyoung Position: Holding midfielderAge: 32 Under Bento, Korea Republic tend to work the ball from side to side to enjoy possession before advancing to exploit openings in opposition defences. This approach, however, has its own flaws, especially if poorly executed. Players like Son Heungmin and Hwang Uijo can sometimes find themselves stranded in the middle, with Korea’s two full-backs making runs down the flanks sending in very predictable and defendable crosses. In fact, in the first two games of the third round of Asian qualifying for Qatar 2022, the team put in 25 crosses against Iraq and 36 against Lebanon whilst struggling to create many chances in both fixtures. It is no coincidence that Jung was absent for both of those games.

The team’s predictable attack suddenly found new life when Jung returned to give his team better direction and distribution as they built from the back. A look at statistics in Korea Republic’s qualifying matches shows that their number of attempted crosses went down significantly to 18.6 per game after Jung was reinstated to the team. And while the veteran occupies the on-field position of a defensive midfielder, he is not the kind of player to dominate opponents with his physique and strength. To offset this, Bento tends to deploy a high pressing game to compensate for Jung’s waning mobility and pace as much as possible.