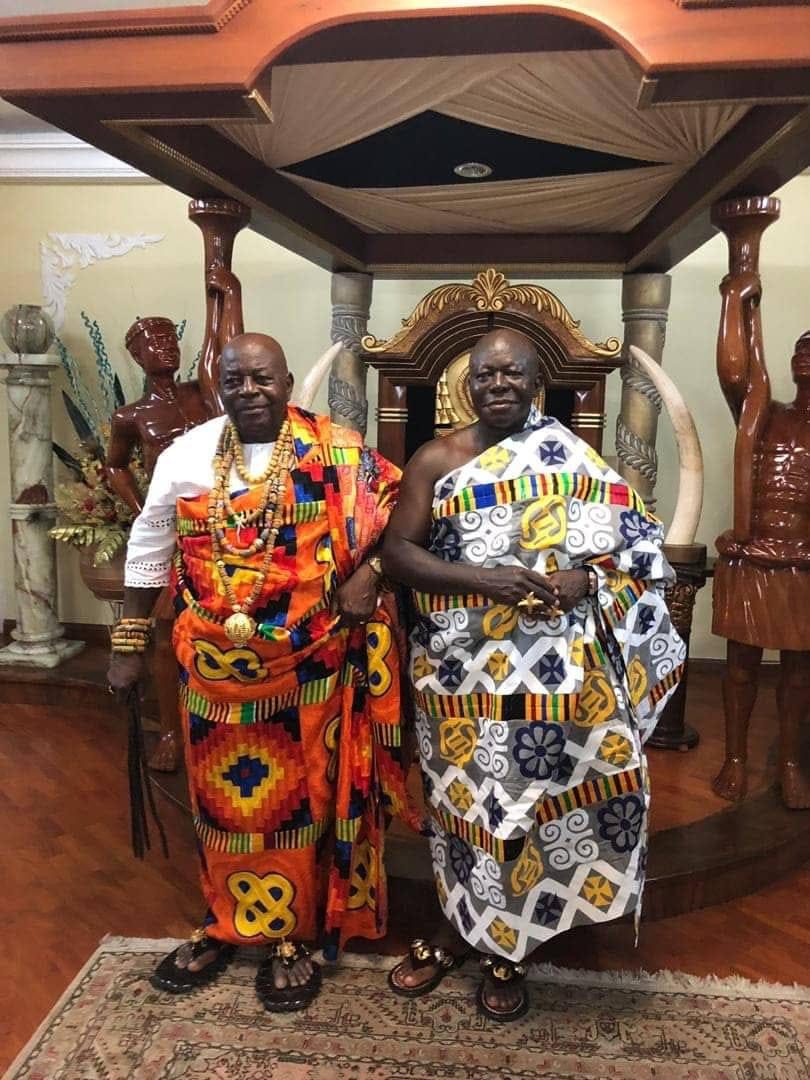 When the Late ruler of Anlo, Torgbui Adeladza II died in 1998, the then Asantehene Otumfuo Opoku Ware II sent gold dust and other items for burial of the Awoamefia of Anlo.

Traditionally, the Asantehene is the one who buries the Anlo Awoamefia.

The relationship between Asantes and Anlo which took the form of military alliance dates back to the mid-1750s of the 18th century, Historian Amenumey described it as “Adamfo Relations”.

Due to the cold relationship between Asantes and the British and their coastal allies, whenever the trading ports of the Asantes were blocked directly, the Anlos act as middlemen and supply Asantes with large quantities of firearms and ammunition.

√They also supplied Asantes with salt.

At times Anlo state sent emissaries to the courthouse of Asantehene to relay messages from the Awoamefia and the war councils.

Asantehene Kofi Karikari subsequently presented a sword to Awadada Axorlu I, the military commander of Anlo to seal the alliance between Asante, Anlo and Akwamu.

√The sword giving by the Asantehene is still preserved today and is among the regalia of the Kaklaku Stool of Anlo.

It is this strong alliance that made Asantehene give the Anlos a vast land to settle on in Kumasi in large numbers and name the new place Anloga or Anloga Junction after their original home in the Volta.

Kotoko was conferred on them, “Anlo Kotoko”.

Today, a “Royal Anlo Ewe” can easily form part of the Asantehene’s circle to perform rituals in the sacred stool house during Akwasidae or Odwira.

Togbui S.K Fuggah is the current chief of the Anloga community in Kumasi.

If you are an Ewe or Anlo and you hear Akans calling you “Anwonafuo” or “Awonafuo” please don’t be offended okay, The term “Anwonafuo” or “Awonafuo” emanated from Kumasi. It is the corrupt word of “Anlogafuo” to with “People of Anlo”. But our forefathers couldn’t pronounce the “Anlogafuo” properly and with time it corrupted to Anwonafuo or Awonafuo”.