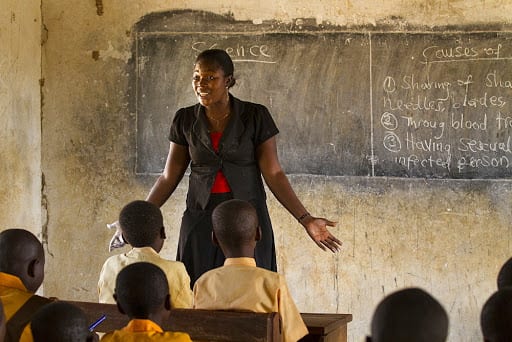 A survey conducted by the Ghana Statistical Service (GSS) has shown that 1.8 million youth, representing 28.8 percent within 15-24 years, are not in education, employment or training, Professor Samuel Kobina Annim, the Government Statistician, has said.

Prof Annim said the situation was worrying and urged the Government to identify these individuals and meet their needs to curb the unemployment situation in the country.

He said this during the launch of the Ghana Annual Households Income and Expenditure Survey (AHIES) 2022, the first and second quarters report on Food Security, Multidimensional Poverty, and Labour Statistics.

The report revealed that about 445,000 persons who were 15 years and older, and outside the labor force, raised the level of unemployment in the country.

These persons, according to the report, were people who were either sick and in school or on retirement.

He, however, said that the report indicated an unemployment rate increase from 13.4 percent to 13.9 percent, a situation that implied a higher employment rate of 86.6 percent and 86.1 percent respectively for the two quarters.

Prof Annim explained that the high rate of employment was a result of people who were in vulnerable employment, constituting 67 percent while 24 percent of persons had secured employment.

Prof Annim said these vulnerable groups were either working without employees or contributing family workers.

He said the GSS was going to engage with labor economists to understand the dynamics of the report holistically, and to aid in policy formulation for the country.

Prof Kwaku Appiah-Adu, Director, Monitoring and evaluation and Public Enterprises, Office of the Vice President, said the report was necessary for policy formulation for the Government and all other institutions to help deliver on the needs of the people.

Prof Appiah-Adu said the data and statistical information provided the measurement of national development in order to improve the living standards of the people.

The report, he stated, when presented to the Office of the Presidency would go a long way to impact on economic and social development policies.

It was conducted to obtain quarterly and annual data on household final consumption expenditure, and a wide scope of demographic, economic, and welfare variables including statistics on labor, food security, multidimensional poverty, and health status for research, policy, and planning.