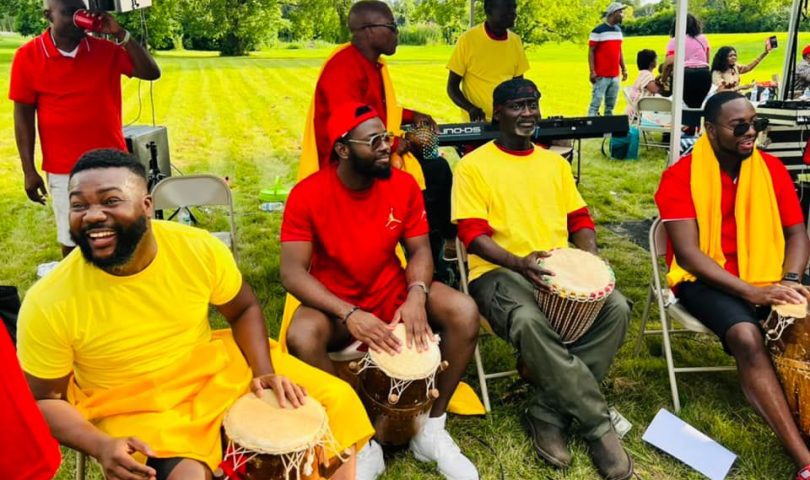 Once again the Ga-Adangme Homowo festival is here with us. As always there are criticisms and condemnations from the Christian community who do not know the history behind it. Unfounded accusations of ritual murder, host desecration, and the blood libel allegations of Jews sacrifice of Christian children at Passover to obtain blood for unleavened bread appeared in the 12th century. The blood libel became part of Nazi propaganda in the 1930s. Pope Saint John Paul II visited Israel in March 2000 and he inserted a prayer note of apology for past Christian misdeeds into the stone wall as follows:
“We are deeply saddened by the behavior of those who in the course of history have caused these children of yours to suffer, and asking your forgiveness. We wish to commit ourselves to genuine brotherhood with the people of the covenant “. The Ga-Adangme tribe are the descendants of the Hebrew people of Israel as cultural similarities show and so they are the people of the covenant. The meaning of culture is the ideas, customs, and social behavior of a particular people or society and this shows why the Homowo festival is the same as the Jewish festival.

In Hebrew the covenant is called Brit Milah practiced since the days of Abraham. It is a physical sign between God and Abraham. It is the circumcision of every male child at the age of eight days. Only the people of the covenant celebrate this festival and the Ga-Adangme tribe is included. The festival is centered around the dramatization of the Biblical story of the ancient Hebrew people of Israel who were freed from slavery and oppression in Egypt.

The recent events on WhatsApp when a Christian Prophetess by the name Diana Asamoah condemned the Homowo festival as idol worship and the response from a member of the Ga-Adangme tribe by name Gabriel Obodai Torgborgbor-Ashong should have been avoided. At the very least this proclaims a deep lack of common sense and lack of self-preservation instinct. The Homowo festival is the bedrock of the Ga-Adangme’s core beliefs that strengthens their existence and inspires them of their traditions of personal liberty.

While it would be as wrong for a member of the Ga-Adangme tribe to insert herself in the affairs of an institution as it was for Diana Asamoah to criticize her host city’s festival, nevertheless, I can only understand why the many curses from Gabriel Obodai Torgborgbor-Ashong on Diana Asamoah. There are festivals and days of remembrance Biblically ordained by God to be observed. For example, the seventh day of the week is a Biblically ordained day of rest. The Homowo festival known as Passover is also Biblically ordained.
The festival begins with the planting of millet and the prohibition of all forms of noise such as singing and drumming to mark the observance of Pentecost or Shavuot which is a Hebrew word meaning weeks. The forefathers of the Ga-Adangme were given the Ten Commandments called Torah in Hebrew. Shavuot is also called the feast of weeks or the feast of harvest which the Hebrew people would make a pilgrimage to Jerusalem bringing their harvest to the Temple. The Ga-Adangme tribe calls it Soobii (Thursday people).
The Ten Commandments is so much more than a list of rules and Mount Sinai was not simply a place to receive the law. It represented the sealing of a covenant between God and His people. The message of Shavuot is that we are significant to God. He has chosen, appointed, and anointed us into His covenantal relationship through accepting His Torah. This means He has entrusted us with a sacred mission to spread its light to all nations. Likewise, Jesus’s final words to his disciples were to go and make of the nations, teaching all God has commanded us. (Matthew 28:19-20)

The ancient Hebrew festival is relevant to Christians because God chose this very day of Pentecost to pour out the Holy Spirit on the disciples of Jesus who had been waiting in Jerusalem in obedience to His final instructions. “Do not leave Jerusalem, but wait for the gift my Father promised, which you have heard me speak about. For John immersed with water, but in a few days, you will be immersed with the Holy Spirit. You will receive power when the Holy Spirit comes on you and you will be my witness in Jerusalem, and in all Judaea, Samaria, and to the ends of the earth. (Acts1:4-8)

God gave us two of His most priceless gifts on this day, the Torah (His Holy Word) and the Holy Spirit. We need both Truth and Spirit. The Torah is the word of Truth, but it is the Spirit that gives us the grace to live out that Truth in our daily lives. one of those Truths is the concept of giving. The period of Shavuot is directly linked to that of the Passover.

On the Passover, the Hebrew people were freed from their enslavement to the Egyptian Pharaoh and on Shavuot, they were given the Torah. The Hebrew word for Passover is Pesach the Ga word is Homowo which commemorates the liberation from slavery and oppression in Egypt and the “passing over “of the forces of destruction, or the sparing of the firstborn of the Hebrew people of Israel when the Lord smote the land of Egypt on the eve of the Exodus.

On this occasion, only unleavened bread called matzo is eaten. The Ga-Adangme tribe eat unleavened corn flour called kpokpoi. The matzo/kpokpoi symbolizes both the suffering of the Hebrews while in bondage and the haste with which they left Egypt in the course of the Exodus. The story of the Passover is recounted at the Passover meal in fulfillment of the command of God.” And thou shalt tell thy children in that, saying, it is because of that which the Lord did for me when I came forth out of Egypt.”(Exodus 13:8)
The feast of tabernacles completes the celebrations. It commemorates the sojourn in the wilderness. It serves as a reminder of when God led the Hebrew people by His presence in the Sinai desert as they lived in tents and that the Lord provided for their every need. This celebration also pointed the Hebrew people to a time when God would again tabernacle with His people in the future. The celebration pointed towards a future time of messianic hope and salvation. This was especially seen during the water libations and illumination ceremony.

The feast points towards a time when God will again tabernacle on earth when Jesus comes and restores all things. “God’s tabernacle is now among the people and God Himself will be with them. They will be His people, and God will be their God. He will wipe every tear from their eyes. There will be no more death or mourning or crying or pain, for the old order of things has passed away”.(Revelation 21:3-4)
The Homowo festival is significant because it is the bedrock of the Ga-Adangme tribe’s core beliefs that strengthens their existence and inspires them of their traditions of personal liberty. It also reminds them of the concept of celebrating God’s goodness through giving. The Odadaa song (wo ye wo he eei) meaning we are free is a clue of their freedom from slavery and oppression. I hope you celebrate it with pride fellow Gas.

May your festival be filled to overflowing with the Spirit of the Living God. May each of us be transformed by His power, love, mercy and forgiveness, and extend the grace we have experienced to those around us.