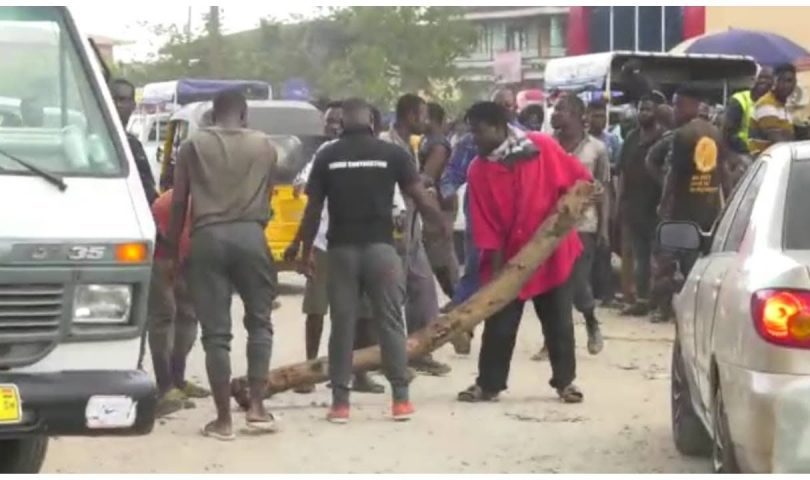 Angry artisans at Suame Magazine in Kumasi in the Ashanti Region have blocked the Suame to Techiman highway in protest over government’s neglect of the poor nature of the highway.

The protest was triggered by a car accident at Breman on Tuesday 12 July, 2022 which instantly killed a taxi driver who attempted to swerve a porthole.

Currently, armed police personnel have been deployed to the largest artisanal hub to clear the blocked highways.

The situation has left hundreds of vehicles traveling from Kumasi to the Bono East and the five northern regions stranded.