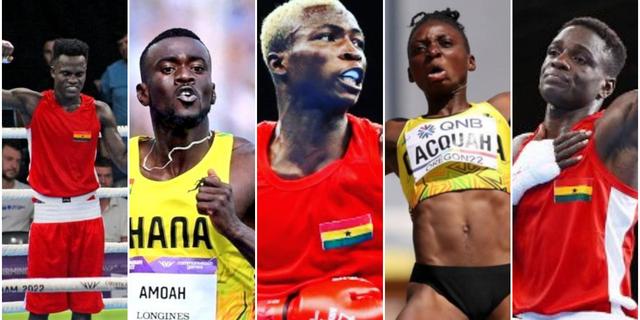 The 2022 Commonwealth games will come to an end on Monday, August 8, 2022, after two weeks of competition in various sporting disciplines.

In the end, Ghana won five medals, taking the country’s total haul at the Commonwealth Games to 62 medals since the inception of the Games in 1954.

Mensah won a silver medal in the Bantamweight division despite losing in the final to Northern Ireland’s Dylan James Eagleson.

Commey was forced to settle for a silver medal in the featherweight contest after forfeiting his final bout against Jude Gallagher due to ill health.

In athletics, Joseph Paul Amoah scooped bronze after impressively finishing third in the final of the 200 meters event with a time of 20.49s.

The national 200m record holder thereby became the first Ghanaian to win a medal in 200m since George Daniels in 1974.