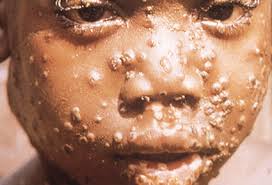 President Biden’s health secretary on Thursday declared the growing monkeypox outbreak a national health emergency, a rare designation signaling that the virus now represents a significant risk to Americans and setting in motion measures aimed at containing the threat.

The declaration comes more than a week after the World Health Organization declared a global health emergency over the outbreak, and it gives federal agencies power to direct money toward developing and evaluating vaccines and drugs, to access emergency funding and to hire additional workers to help manage the outbreak, which began in May.

“We’re prepared to take our response to the next level in addressing this virus, and we urge every American to take monkeypox seriously,” the health secretary, Xavier Becerra, said at a news briefing.

Sign up for The Morning newsletter from The New York Times

The president and Mr. Becerra have been under intense pressure from activists and public health experts to move more aggressively to combat the outbreak. Earlier this week, Mr. Biden named a veteran emergency response official and a respected infectious disease specialist to coordinate the response from the White House — a sign that the administration is stepping up its efforts. Supplies of the monkeypox vaccine, called Jynneos, have been severely constrained, and the administration has been criticized for moving too slowly to expand the number of doses. Declaring the emergency would not ease that shortage, but the administration may take steps to allow quicker access to tecovirimat, the drug recommended for treating the disease.

Read the story from where it originally appeared: As Monkeypox Spreads, U.S. Declares a Health Emergency (msn.com)