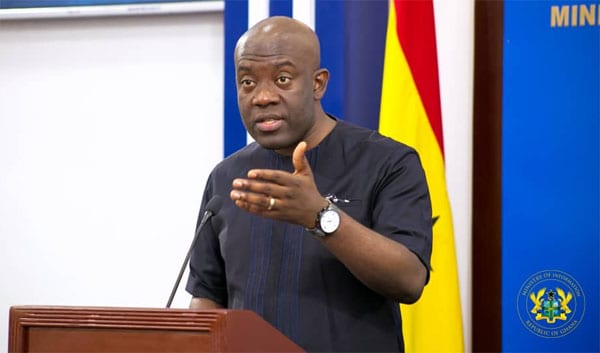 After discussions on a specific support package are finished, Kojo Oppong Nkrumah, the information minister, believes the government is likely to get roughly $2 billion from the International Monetary Fund (IMF).

He claimed that taking into account Ghana’s quota and macroeconomic data, the nation might obtain such funding to support its reserves.

As a result, the government might be able to fulfill its duties regarding liquidity and debt service while also increasing domestic revenue initiatives.

Mr. Oppong Nkrumah mentioned that the Central Bank, for instance, might need $3 billion to reinforce its buffer during an appearance on The Probe on JoyNews.

“Already, you recall that the Finance Minister initially indicated that there were arrangements to get about $2 billion, out of which there is $1 billion available. Parliament has to approve for us to receive so that the cedi does not depreciate further.

“We have a shore up of our reserves to be able to meet the liquidity and debt servicing obligations even as our domestic measures will get better. You have the window to start talking to the Fund.

“Today [Sunday, July 2], I saw a document that said looking at Ghana’s quota and our macroeconomic data, we could get anything, maybe around $2 billion to help shore up what we are looking for,” he told host, Emefa Apawu.

The Ofoase Ayirebi lawmaker acknowledged that Ghana’s current challenges are multifaceted; hence, “we need to rally round and draw from various sources – capital market, the Fund, domestic resource mobilisation.”

He explained, “Even when you borrow, you are going to service it with domestic resource mobilisation so the earlier we confront it, the better as well as the other challenges.”