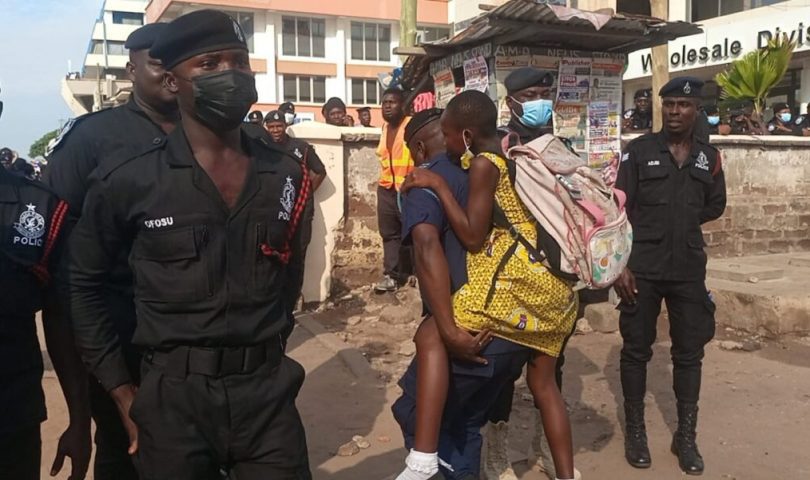 The Ghana Police Service has promised to ensure that protesters who participated in the violence during the Arise Ghana demonstration on Tuesday are severely punished.

Clashes erupted during the Krom Ay3 Hye demonstration in Accra as the Police fired tear gas on protesters after accusing the protesters of attacking them with stones.

It is unclear what exactly triggered the chaos at the scene, but some protestors also pelted stones at the police injuring some officers and vandalising Police vehicles in the process.

In a statement, the Police stated that 12 of its officers sustained injuries after protestors pelted stones at the police officers assigned to offer protection during the protest.

The Police also condemned the action of the protesters describing the action as shameful and unfortunate.

Meanwhile, over 27 protesters have been arrested by the Police and are currently being detained.