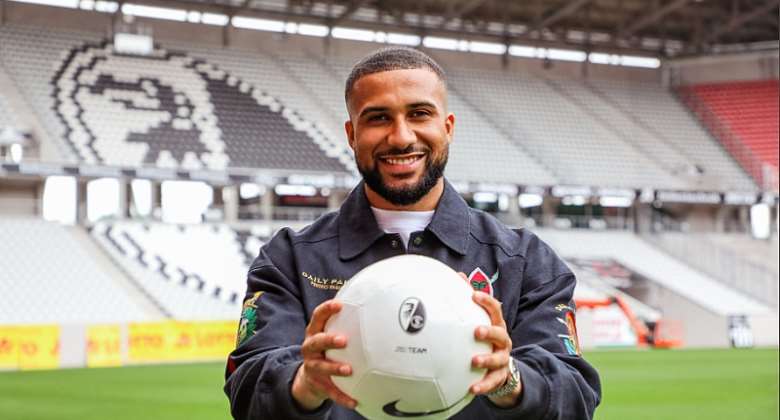 Ghana international, Daniel Kofi Kyereh has completed his move to the Bundesliga side, SC Freiburg.

Kyereh has joined the club in a deal worth €4.5m.

The 25-year-old has signed a three-year deal with the ahead of the new season.

Kyereh was chased by several clubs including Besiktas, Werder Bremen, Nurunberg and Besiktas were all in the race to sign the midfielder but has joined Freiburg.

The midfielder was sensational for St, Pauli last season in the Bundesliga II. Kyereh scored 12 goals and 9 assists for the club.

With Freiburg playing in the Europa League next season, Kyereh will be hoping to play a vital role in Europe.

The talented midfielder played a key role in Ghana’s qualification to the 2022 World Cup in Qatar and will be hoping to make the final squad for the global showpiece which starts in November later this year.