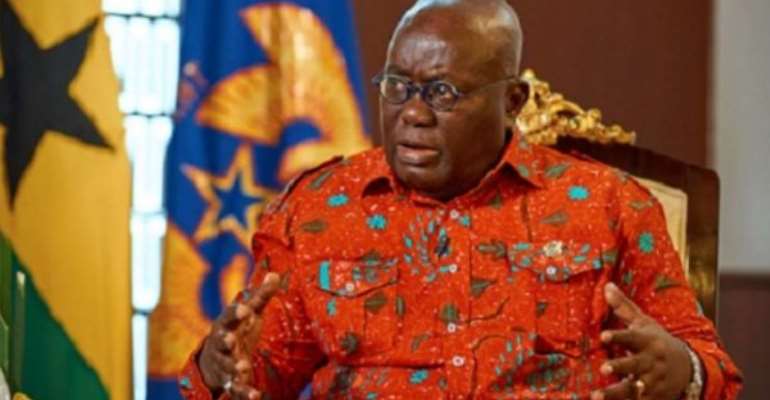 Since the Today Newspaper put out notice last week Friday that It would publish how some of President Nana Addo Dankwa Akufo-Addo’s men and women have disregarded his directives with impunity, the paper has received quite a number of inquiries about the topic.
Some of the President’s men and women have expressed doubts about what we know.  Let’s be clear about this.  Today has names, and documents specific events, actions, and incidents.  This edition is to introduce the topic.

The paper intends to use Part 2 of the story to start the publication of names and associate them with specific actions/events/incidents.  It knows what it writes.  The paper wants this publication to sink in while it gathers its resources and strengthens its ground.  Those who have served as valuable sources need not worry.  The paper will protect their identities and offices.

The editorial board of the newspaper believes that the nation and its citizens do lose out when people not elected to lead the nation come to believe that they are kingmakers or hold positions such that the elected officers cannot do without them.  The losses to the nation become even more terrible when the actions of these individuals lead to development challenges and financial losses.  So this agenda is to strengthen, not weaken, protect not destroy.
—

Unimpeachable sources in the corridors of the governing New Patriotic Party (NPP) are fuming with rage over what they point to as “power-wielding” men and women in the party and especially in the Administration who consider themselves to be “untouchables”.  Today is keeping documents, names, events, and locations for now due to the fact that its investigations are ongoing and will yield a number of follow-up stories.  In this case, more information is good, so the paper is asking any citizen who has information that is factual and can withstand scrutiny to contact the editor and share what they have with him now.

Most of the people who are acting with impunity, Today gathered have access to state funds from the national treasury and state agencies.  They are using these funds as if they are dipping into their own pockets.  They cover up their actions with the excuse that their activities will bring resources to the NPP and ensure that the party “breaks the eight”, referring to the goal of the party to return to power after eight years of being there.  Some of the party people and appointees of the President who know what is happening have kept mute because they do not want to be sanctioned or lose access to financial resources.

Party insiders cite early signs of this impunity when some highly placed ministers and party executives started hitting against the Akufo-Addo Administration’s flagship “Free SHS” policy.  They tell us that they had to work quickly to get the Administration to quell the opposition to this popular policy early during the first term of being in office.  The story is told of a small group of party insiders and appointed officials who picked a couple of people to start making noise publicly about the cost of free SHS.  They started this and offered certain alternatives including not making it a universal benefit, limiting it to certifiable poor people and perhaps removing the boarding element.  The kingpin of this attempt to scuttle the President’s key policy is still in high office.  Others have not been so lucky.  It is to the credit of the Administration that this attempt to make the elected President weak did not succeed.

Today has collected prime examples of men and women acting with impunity from the Parliament, Energy, Education, Finance, and Agriculture ministries.  One minister is so “hated” by his colleagues that if a secret vote is held today, he will win as the most power-drunk hands down.  He is said to dare the President in meetings attended by key party people to contradict him publicly and face the consequences.  While the rest of the nation may not know who this is, this man is very well known in government circles.  For NPP insiders, there is no need to put out any names.  One NPP National Executive members says “…we all know who he is, and he knows we know.  He says ‘yes’ when the Old Man is there and does ‘no’ very soon afterward.  Worse, he lets other people know that he is in charge and will not do as directed by the President”.

A former minister from the Ashanti region in the John Agyekum Kufuor administration told our reporter that a big reason why the NPP lost the 2008 Presidential election was the attitude of arrogance and disrespectful behavior some of the Administration’s ministers showed toward the former President.  “They didn’t realize that what attitude they carried became evident to the people outside of government circles.”  A leading NPP member recalled that it was “free for all.  They were in a hurry to push Kufuor aside and take over”.   One was heard remarking during that second term that “… we will show Kufuor and his people how to chop President”.

A leading member of the party complained to our reporters that she does not understand why the Administration is making Ghanaians get the impression that people such as the Health Minister, the Minister for Gender, Children and Social Protection, and a couple of others have been allowed to hang on to their positions to the detriment of the President’s reputation.  Some say the President has a “soft spot” for them and the ministers are taking undue advantage of his apparent resolve to go out with the men and women he went in with.

A key NPP leader has told Today, that when President Akufo-Addo launched the battle against galamsey, it was his own people who fought against it.  They are the ones who spread the message that “Nana Addo will kill our party” if we allow him to continue with it.  Three top party people from Central, Ashanti and Western regions led the resistance.

On March 1, 2019, the Ghana Power Distribution Services, Ltd. (PDS) assumed operation and management of the staff and assets of the Electricity Company of Ghana (ECG) under a 20-year concession agreement. It is alleged that this deal was done and presented to the President all wrapped up in a way that he couldn’t undo it at the onset.  Two of the main architects of this deal were able to get it as far as it did because they convinced others that the “Old man couldn’t do foko about it”.

A lot has been written and said about Agyapa Royalties Ltd.  Under the deal, the government would sell 49 percent of the shares of this company through a public offering and keep a 51 percent stake. The government deemed this as an “innovative financing solution” to help ease the country’s debt crisis.  But what many people do not know is that there were (and still are) power brokers who are allegedly resolved to escape the President’s full scrutiny of this transaction.

Perhaps, the area where some people appear to have assumed ‘presidential powers” is the financial sector reforms.  We have gathered so much from the inside of the Ministry of Finance, National Insurance Commission, National Pension and Regulatory Authority, Security and Exchange Commission, and the Bank of Ghana that it will require a whole separate publication.  Cabinet insiders Today  is  sure will recall that a high-level minister in his bid to justify the collapsing of a financial institution said, “…the hole is so big that we can all fall into it!”

The paper has prepared the list of the top ten men and women in the Administration and the NPP who have disobeyed President Akufo-Addo’s directives with impunity along with the justifications for their inclusion.  The list will be published I n a follow-up publication to this one.

Today is working on the premise that when independent media dies, democracy dies as well.