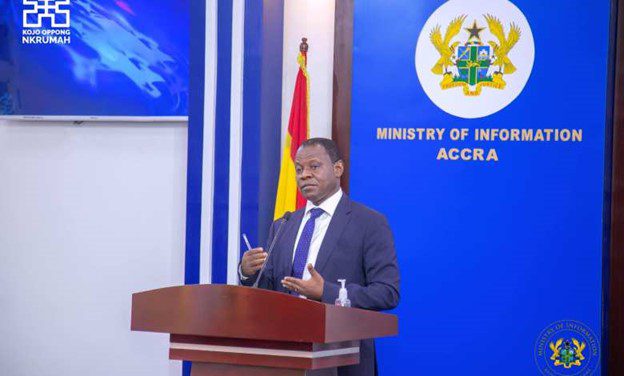 Ghana has confirmed five cases of the Monkeypox virus, the health service said on Wednesday (8 June).

Monkeypox is a rare but potentially serious viral illness that can be transmitted from person to person through direct contact with body fluid or monkeypox lesions.

Addressing the media on Wednesday, the director-general of the Ghana Health Service (GHS), Dr Patrick Kuma- Aboagye said no death has been recorded yet out of the five cases.

“So far since the outbreak in Europe occurred, we tested 12 suspected cases in Ghana since 24 May. Currently, we have confirmed five cases in three regions – Eastern, Western and Greater Accra – this is where we discovered the five cases, no death has occurred among the cases here,” he said.

“One of the cases has been recorded in a Ghanaian who travelled to the US from Ghana, he might have picked it from here,” the GHS boss added.

That number is expected to rise still, but experts say the overall risk to the broader population is very low.

The virus is most common in remote parts of Central and West Africa.

“This is a containable situation,” the WHO’s emerging disease lead Maria Van Kerkhove said at a news conference on Monday.

“We want to stop human-to-human transmission. We can do this in the non-endemic countries,” she added – referring to recent cases in Europe and North America.

The virus has now been detected in 16 countries outside Africa.

Despite being the largest outbreak outside of Africa in 50 years, monkeypox does not spread easily between people and experts say the threat is not comparable to the coronavirus pandemic.

“Transmission is really happening from skin-to-skin contact, most of the people who have been identified have more of a mild disease,” Ms Van Kerkhove said.

Another WHO official added that there was no evidence the monkeypox virus had mutated, following earlier speculation over the cause of the current outbreak.

Viruses in this group “tend not to mutate and they tend to be fairly stable”, said Rosamund Lewis, who heads the WHO’s smallpox secretariat.