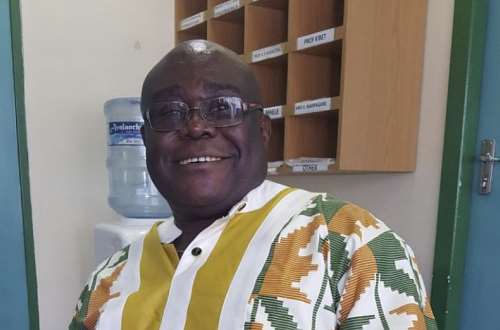 Since the dawn of independence, the Fourth Estate has been vibrant in Ghanaian politics. The role of the media in our politics was vividly exemplified by the contestation between such opposition media as the Ashanti Pioneer and that of the ruling party—The Evening Standard—during the immediate post-independence era.

Since this era, the public’s access to the media have grown exponentially, while their role and influence in the politics of the country have reached unimaginable heights, especially, with the emergence of social media.

While the media have highlighted myriad issues in our political firmament, the one issue that appears to be outstanding is the role they have played in sensitizing the electorate to the importance of holding politicians and political parties to account with regard to the promises they make in their manifestos.

Even though the Ghanaian media have always been vibrant, under no regime has this new found investigative role of the media been more visible and eloquent than during President Akufo-Addo’s administration.

Due to the relentless onslaught of social media in shining the light on shenanigans in governance in general, the current obsession in social media is the apparent frustration of Ghanaians regarding the current administration’s failure to fulfil the numerous promises it made via the party’s manifesto during the 2016 electioneering campaign.

Manifestos are aspirational goals and are the hallmark of the competitive politics we inherited from the colonial project with its underlying individualist ethos. As citizens, as opposed to being subjects in the pre-colonial governance setup, the electorate always reserve the right to know what the competing political parties intend to do with our resources to meet our developmental needs and wants.

Significantly, this right in the modern state contrasts sharply with the situation in the pre-colonial “traditional” states where no such right existed because whoever the kingmakers agreed to install as the Chief or King did not have to convince the populace about what they intended to do for them.

Thus, manifestos or promises are a central feature of modern governance and nobody can fault any candidate for public office for making promises about what they intend to accomplish in office once the electorate give them the mandate to rule.

But, the problem Ghanaians seem to have with the current President’s promises is that within the context of our constitutionally-stipulated presidential term limit and resource constraints, the promises he made as a candidate were not only too many, but most poignantly, unrealistic.

Interestingly, in a previous life when I was part of a Coffee House group who met occasionally to discuss issues in African politics, I had always taken a critical stance on the importance of manifestos in Africa’s electioneering campaigns.

The premise of my critical stance against manifestos was that the quantity and quality of Africa’s literacy made such documents superfluous and unnecessary in our context. My argument was, and has always been that manifestos are essentially the preserve of the elite who are in the minority in African populations.

In fact, in the developed world where the quality and quantity of literacy are optimal, manifestos always reflect the opinions of the electorates solicited through focus groups that represent a cross section of opinions in the universe of the electorate.

This situation of scientifically selecting the opinions of the voting public as a basis of manifestos in the developed world hardly is the case in our part of the world where the elite tend to “reason” for the voting public and impose on them what they think they need and want.

The above-mentioned nuances notwithstanding, the situation where a president’s feet have been held to the fire for not fulfilling the promises contained in his party’s manifesto as has been the case with the current President is unprecedented in our political history.

Truth be told, there is hardly a country in the world where a manifesto has been entirely fulfilled. To the extent that this is true, the brouhaha about President Akufo-Addo’s promises underscores two important facts about our contemporary politics.

First, the polarization that characterizes our Winner-take-all political and electoral dispensation has deepened in recent years due to our increasingly unequal society. Because of the developing nature of our productive forces, like most developing countries, the state happens to be the main source of livelihoods for the majority of Ghanaians.

Because the state, with its limited capacity, is the major employer, the majority of our people see the prevailing inequality as a by-product of corruption, especially official corruption. The net result of this perception is that the contestation for state power has become heightened and even violent as the state becomes the only avenue for wealth accumulation.

Second, and the most important reason why manifestos are playing such an important role in our contemporary politics is the public’s increased access to the media, especially, social media. Barely ten years ago, this seismic access to social media by the public was unthinkable.

I cannot overemphasize the prominent role social media have played in shaping the perception that the New Patriotic Party and President Akufo-Addo have failed to fulfil the promises he made to Ghanaians.

What is significant about social media’s role in sensitizing the electorate to the importance of manifestos is the rate at which this phenomenon has occurred. In fact, bereft of the insults that some of the social media often resort to and some of the media’s obvious partisan agenda, this development should be welcome as a positive development for honesty and sincerity in our governance going forward.

Specifically, social media have contributed to the situation where voters are now sensitive to the importance of holding politicians accountable for the promises they make in their respective manifestos. This role social media are playing in our political firmament can only proliferate going forward.

While Akufo-Addo’s administration has coincidentally been the exemplar of this investigative role of social media, especially, during his second term, the bashing the President has been receiving should not be a source of joy for any prospective president or political party.

This is because with the exception of a few outliers, social media will continue to shine the light on shenanigans in government regardless of who occupies the throne so politics in our country, and indeed, the world will never be business as usual going forward.

However, recent events, especially, the emergence of social media, have shown that the voters of Ghana have evolved in sophistication and have become well adapted to the intricacies of politics, courtesy of social and other media.

It is within the context of the evolution of the voter with regard to manifestos that I believe the time has come to hold campaign managers, rather than presidents, accountable for the unrealistic promises contained in some political party manifestos.

Presidential candidates, more often than not, look at the bigger picture while on the campaign stump, leaving the minute details of the contents of manifestos to their campaign managers.

In fact, the writing of a manifesto is often delegated to a committee under the supervision of the campaign manager who briefs the candidate accordingly as the campaign unravels.

As experience has shown, campaign managers become some of the biggest beneficiaries of government largess when a political party wins power so in our context they tend to have this “the end always justifies the means” attitude to manifestos because of their personal interests in winning power.

Why should President Akufo Addo be the butt of endless jokes and hate for not fulfilling the promises in the NPP’s manifesto, when the campaign manager during the 2016 campaign who oversaw the design and launch of the manifesto be comfortably ensconced in his government largess?

Professor acheampong yaw amoateng, phd, is a sociologist based in the us