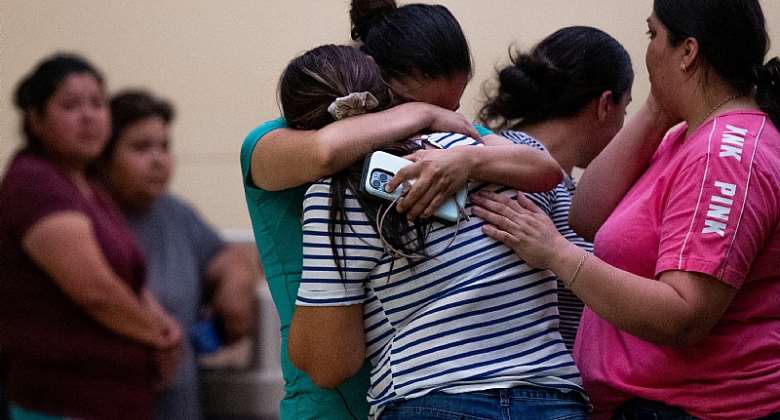 “We must ask, when in God’s name will we do what needs to be done to if not completely stop, fundamentally change the amount of the carnage that goes on in this country?”

Those were some of the words of exasperation on the part of the President of the United States Joe Biden on Wednesday, May 25, 2022 regarding the senseless shooting to death of 19 school children and 2 adults at the Robb Elementary School in Uvalde (near San Antonio), Texas.

In his role as America’s comforter in chief, Biden who has had deeply emotional events in his own life promised “Jill and I will be traveling to Texas in the coming days to meet with the families and let them know we have a sense — just a sense of their pain and hopefully bring some little comfort to the community in shock and grief and trauma.”

On May 24, 2022, many families and communities sense of peace and purpose were shattered when 18-year-old Salvador Ramos entered Robb Elementary and in the most violent ways shot those children, those kids and two teachers to death.

For the immediate community, some sense of the trauma resonated in the words of Pastor Tony Gruben of Baptist Temple Church who said “Our hearts are broken. We are devastated.”

It had a familiar, dispiriting reminder and feeling for millions of Americans and people around the world whose own communities had witnessed and suffered some form of gun violence against citizens and students.

Significantly, on Friday, May 27, 2022 in Houston, Texas, former President Donald Trump is scheduled to speak at the pro-gun rights National Rifle Association’s Annual Leadership Forum. No one attending or entering the hall as part of the audience at the Houston event will be allowed to carry gun(s) during Trump’s address….

The U.S Secret Service will ensure enforcement, during which “firearms, firearm accessories, knives, and other items WILL NOT BE PERMITTED in the General Assembly Hall.”

Among those scheduled to speak are the Governor of Texas Greg Abbot and Sen. Ted Cruz. Both are Republicans.

A few minutes, hours and a couple of days following those terrible events in Uvalde, Americans across all ideological collaborations and positions have jumped back to the daily, intense debates in America. The extremely divisive issue of guns, gun control, lessons from Columbine High School, gun rights, safety of citizens, special security needs of schools in America and associated issues.

I think the key issue, among others, is that our children are daily encouraged, here in the U.S and around the world, to go to school and learn to become more successful and purposeful in life but how do we deal with the increasing existential challenge that schools and many of the public facilities which we regard(ed) as sacred and safe have since come under the target list of the known and unknown gunmen?

*Dr. Chido Nwangwu, author of the forthcoming 2022 book, MLK, Mandela & Achebe: Power, Leadership and Identity, is Founder & Publisher of the first African-owned, U.S-based newspaper on the internet, USAfricaonline.com, and established USAfrica in 1992 in Houston. He has appeared as analyst on CNN, SKYnews, Aljazeera, VOA, BET news, SABC. He served as an adviser on Africa business to Houston’s former Mayor Lee Brown. Follow him @Chido247