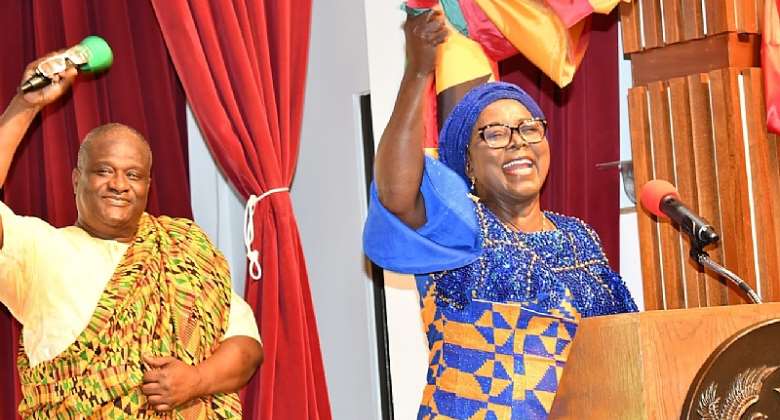 By George Kwasi Bright for modernghana.com

Ghana marked her 65th Independence Anniversary in Washington DC with a thanksgiving service organized in collaboration with the Council of Ghanaian Pastors and Churches (COGPAC) and the Gospel Light International Church in Tacoma, Maryland on Sunday, March 6, 2022.

H.E Hajia Alima Mahama, the Ambassador hosted a reception at the Chancery of the Embassy of Ghana in Washington DC on Monday, 7th March 2022 as part of the activities to commemorate Ghana’s 65th Independence Anniversary celebration. The theme for this year’s celebration was “Working Together, Bouncing Back Better”.

Mr. Ernest Amporful, the Head of Chancery welcomed the guests and explained why Ghana had every reason to celebrate this year’s independence anniversary. He reminded the gathering that Ghana had been spared from the various challenges of hunger, diseases, ravages of conflicts and insecurities that have bedeviled the subregion since most of her neighbors gained their independence from colonial rule. He added that, regardless of the country’s current economic difficulties, there is every cause to be thankful to God for sustaining the peace in the country.

Subsequently, Mr. Amporful introduced Ambassador Alima Mahama after the National Anthem had been sung by the U.S based Tema Choir.

Addressing the gathering, Her Excellency Ambassador Hajia Alima Mahama asked compatriots to take pride in Ghana which today is seen as a peaceful and stable country where everyone enjoys the liberties associated with free speech and rule of law. She observed that “As Ghana marked this milestone, we stand here proud of the road we have traversed as a country and the positive strides we have made in nation building in the process.”

She acknowledged the presence of the African diplomatic corps and expressed her appreciation for their warm welcome and cooperation since she assumed office.

Touching on the theme for the celebration “Working Together, Bouncing Back Better” she said at the onset of the corona virus in Ghana, government instituted a number of economic stimulus measures such as the Corona Virus Alleviation Programme and the Emergency Response Plan aimed at providing economic relief to the people of Ghana. Some of the relief included the provision of free water and sanitation services, subsidies on electricity for households and businesses. Also, the Government launched the alleviation and revitalization of enterprises support which was a credit support package intended to support businesses over the 2 and half year period with aim of mitigating the impact of the pandemic. Again, there was the Ghana Cares (Obaatanpa) programme with Ghc100 billion targeting five key sectors of the economy, that is, agriculture, manufacturing, health engineering, ICT and housing and construction.

Ambassador Mahama commended Ghanaians for their ingenuity by turning the dire situation into business opportunities through the production of locally made hand sanitizers, personal protection equipment and facemasks for the local market and also for export to the neighboring countries. She further mentioned some of the various health initiatives currently being pursued by the Government including the “Agenda 111” which is aimed at undertaking major infrastructural investments in the health care sector through the construction of various health centers across districts and regions in Ghana that do not have a hospital.

Continuing, Ambassador Mahama expressed Ghana’s appreciation to the Government of the United States of Ghana for its support in the fight against the COVID19 pandemic in the country.

Concluding, Ambassador Mahama reiterated that the Government of Ghana valued the contributions of every Ghanaian both home and abroad towards the socio-economic development of the country. She therefore advised them to channel some of their earnings back home for investments and assured them of the protection and security of their investments in the country. Subsequently, she proposed a toast in honour of President Nana Akufo-Addo and President Joe Biden as well as for the continuous progress of the two countries.

In a reply speech, Mr. Michael Gonzalez, the US Deputy Assistant Secretary of State in charge of African Affairs expressed appreciation for the invitation. On behalf of President Joe Biden and the people of the United States of America, he congratulated the government of Ghana on its 65 years of nationhood as well as for the positive socio-economic transformation of the country over the period. He expressed the hope the current bonds of friendship between the two countries would grow from strength to strength.

The celebration continued with performances by various cultural groups. Present at the reception were various members of the African Diplomatic Corps, Council of Ghanaian Associations, Ghanaian Professionals Associations, friends of Ghana, the media, and many others. 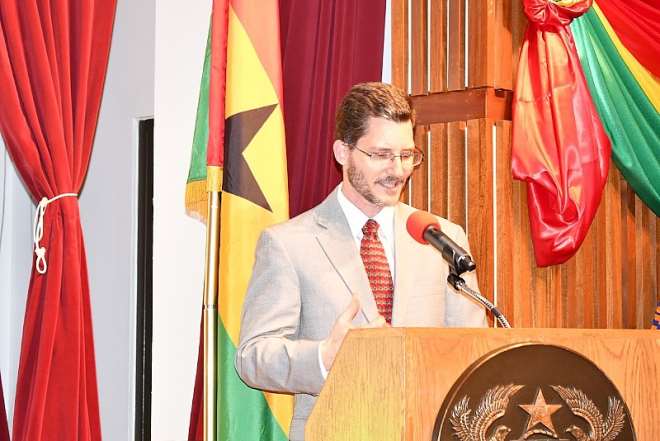 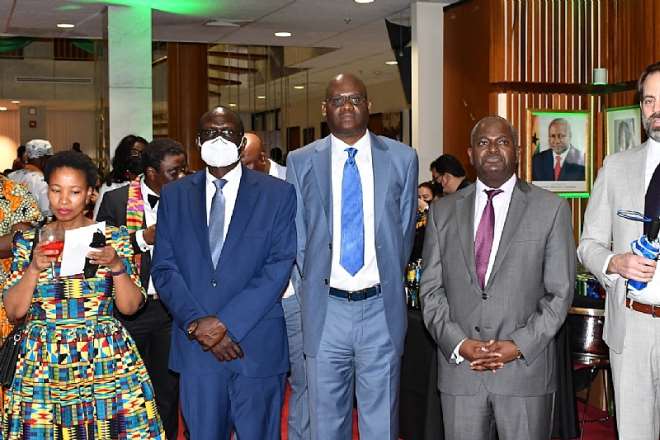 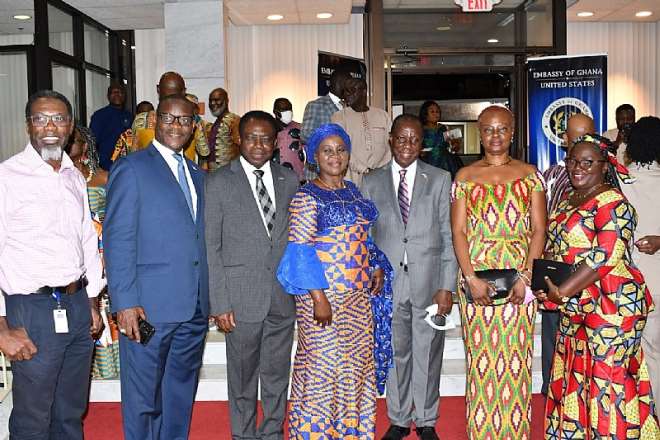 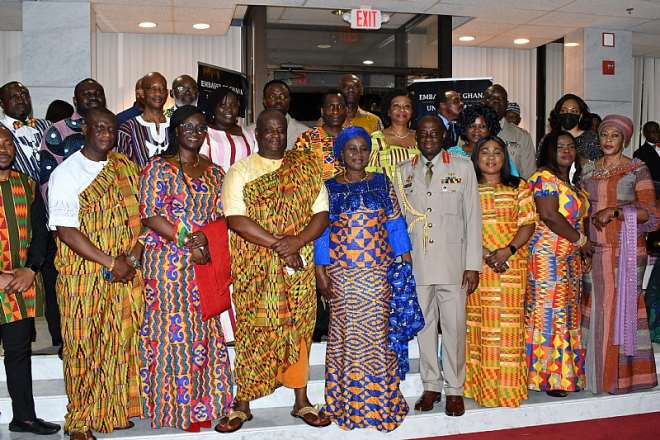 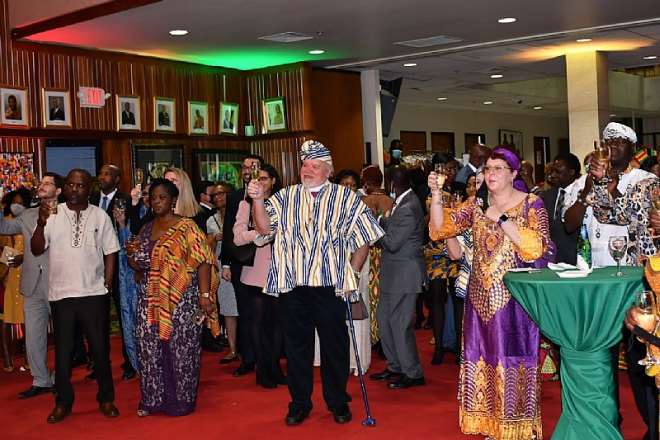 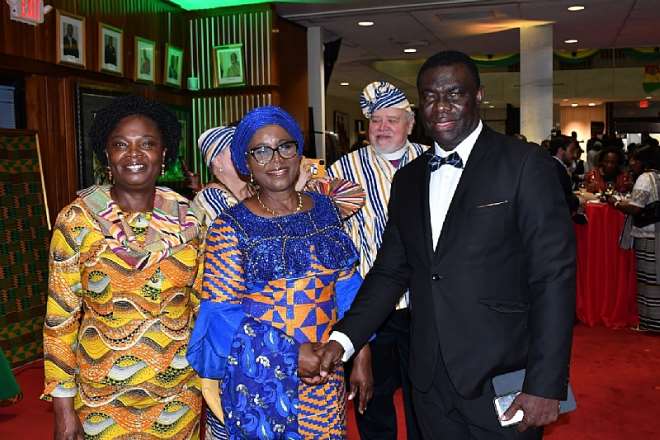 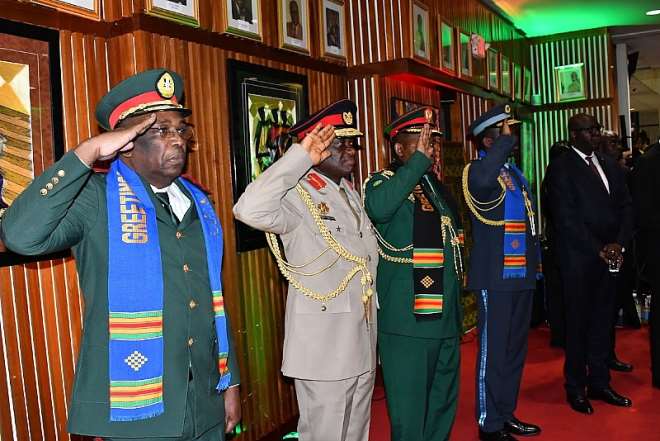 Military Attache’s From Ghana And Other African Countries