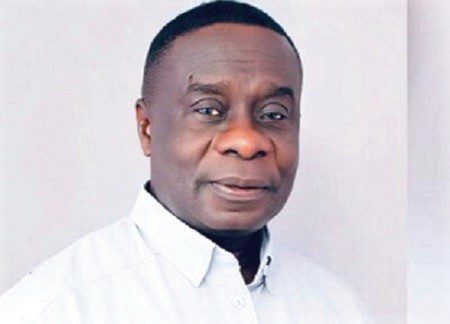 The Supreme Court has by a majority decision ruled that the Member of Parliament for Assin North James Gyakye Quayson cannot continue holding himself out as a lawmaker for the constituency.

The Apex court in a 5-2 ruling said the application from the plaintiff Michael Ankomah Nimfah succeeds.

The seven-member panel of the Supreme Court said the MP is restrained from holding himself out as an MP for the area.

EIB Network’s Court Correspondent Murtala Inusah reports that the full ruling will be ready by the close of day today Wednesday, April 13, 2022.

The Supreme Court had on March 8, 2022, ordered the legislator to file his defense in the case after a 6-1 ruling.

The apex court had held that the MP has been sufficiently given notice of the case against him.

It was the contention of Mr Tsikata that, the seven days period given by the court for the Daily Graphic’s publication as per the orders in a substituted had not elapsed.

The Supreme Court said, the postings of the proceses in his house and notice boards of High Court and Supreme are enough to bring the matter to the attention of the MP regardless of the publication in the Graphic.

The panel on February 22, directed that court processes be brought to the attention of the MP through a publication in the Daily Graphic newspaper and posting on the wall of the Supreme Court in Accra, the High Court in Cape Coast and the residence of the MP.

This was after the plaintiff through his lawyers filed the case against the MP, told the court all attempts to give the MP court documents have proved unsuccessful.

After hearing the parties, the court said, “We agree to adjourned to 29 and hear the review motion panel to be constituted by the CJ and depending on the outcome, the substantive interlocutory injunction will be heard.