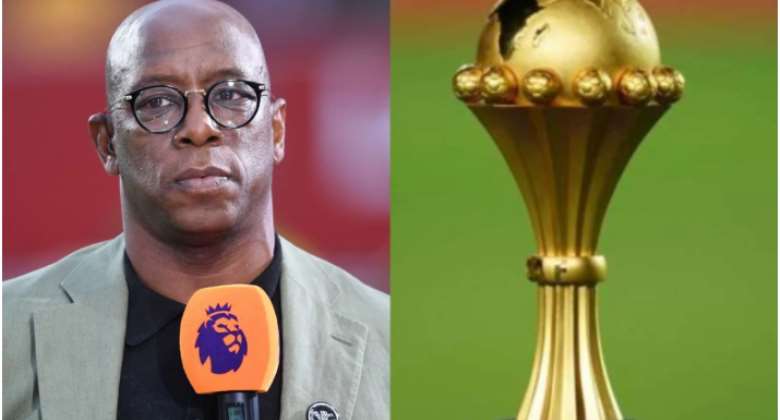 Arsenal and Premier League legend, Ian Wright has slammed the constant disrespect shown towards the Africa Cup of Nations (AFCON).

The 33rd edition of the continent most prestigious tournament was left in the balance after European Clubs Association [ECA] threatened not to release their African players for the tournament due to Covid-19.

However, the players will join their respective countries on January 3 for the tournament which will kick off on January 9 in Cameroon.

However. the 58-year-old noted that no journalist would ever ask an England player if he’ll represent his country at a tournament like they’re doing to African footballers.

According to him, if the Euros could be hosted across 10 countries during a pandemic, then the Afcon can equally go ahead.

“Is there ever a tournament more disrespected than the Africa Cup of Nations? There is no great honour, none other than representing your country. The coverage is completely tinged with racism,” Wright said on his TikTok channel.

“We played our Euros across 10 countries in the middle of the Covid-19 pandemic and no issues. Cameroon, a single country hosting the tournament is a problem.

“Imagine a journalist asking players if they will be honouring the call ups for their national teams. Have you ever heard anyone asking Three Lion players if they ever honour a call-up?”

With the threat from European Club Associations [ECA] and World Leagues Forum (WLF) not to release their players, Wright believes it is wrong to take such a stand, especially when some of the best players in the world are from Africa.

“Some of the best players in Europe right now are Africans. If we love them at our clubs, why not love them at their national teams across the globe.

“Why is this tournament constantly getting so much flak? Shout outs to countries that have qualified and players like Sebastien Haller who has taken a stand against the media backlash plus Patrick Vieira,” the former England international added.