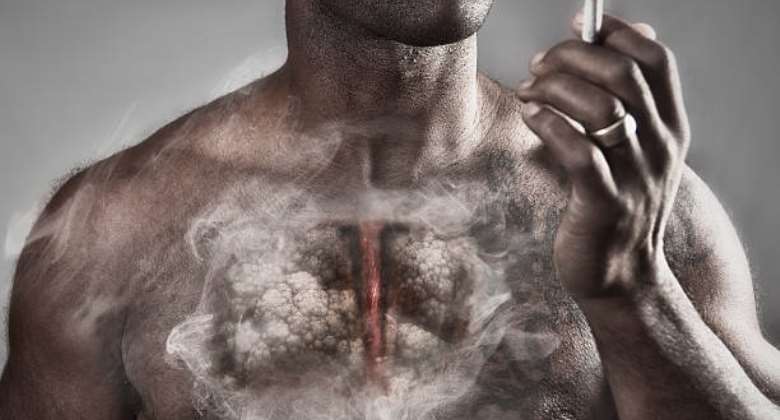 Lung cancer is one of the most common cancers in the world. In the Indian scenario as well, it is a commonest cancer and a related cause for mortality in men. As per the Indian Cancer Registry Data, 6.9 percent of all new cancers and 9.3 percent of all cancer-related deaths in both sexes are due to Lung Cancer. According to GLOBACON 2020, 72510 people were affected with lung cancer in 2020 and around 66,279 people died of Lung Cancer in 2020, making Lung Cancer the 4th most common cause of death in India.

One of the most common causes of lung cancer is smoking. Tobacco smoking in the form of cigarettes, beedis, cigars contains nicotine and carbonamide, which are carcinogenic in nature. Not only active smoking but even passive smoking is also injurious to health. Passive smoking or secondhand smoking means when one is in contact with a person actively smoking, thus inhaling the toxic by-products of smoke and increasing their susceptibility to lung cancer. A newer form of electric cigarette smoking known as vaping and hookah smoking is equally harmful as tobacco smoking. The predicted risk of lung cancer is seven times in a smoker as compared to a non-smoker.

In India, tobacco is consumed in various forms, i.e., in the form of smoking (cigarettes/cigars/beedis, etc.) or even as smokeless tobacco such as tobacco leaves, gutkha, masheri. Tobacco in any form is carcinogenic and is known to cause various cancers such as Head Neck Cancers like Oral cavity Cancers, Nasopharyngeal Cancers, Maxillary Cancers; Gastro-intestinal Cancers such as Esophageal cancer, Stomach Cancers.

Since tobacco is a major known cause of lung cancer, quitting tobacco is one of the most important steps to prevent lung cancer as well as other tobacco-related cancers. When a person quits smoking, he reduces his risk of lung cancer by 30-50% as compared to a person who continues to smoke. Continued smoking even after complete treatment and cure of cancer, can result in the reappearance of the disease or formation of a new type of cancer.

Lung cancer usually presents with symptoms of loss of weight, loss of appetite, persistent cough, blood in sputum, breathlessness, lump, or swelling in the neck.

With modern techniques, research, and expertise, the treatment of lung cancer has undergone a tremendous change. Treatment options vary depending on the stage and type of lung cancer and the general condition of the patient.

All the above treatments have good cure rates in the early stages of lung cancer. With the advancement in technology and expertise in new techniques improving the survival as well as the quality of life of patients is possible.

However, as the stage of lung cancer advances the possibility of cure rates decline. Hence prevention, early detection, and treatment from a cancer expert is the way forward to triumph over this disease. The first step to achieve this is by quitting smoking and all tobacco products. Quitting smoking and stopping other unhealthy behaviors can improve long-term health and quality of life.