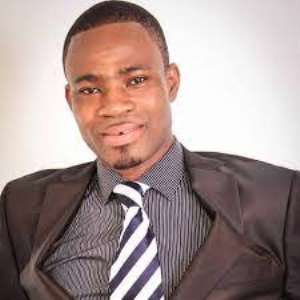 3G Media Group proudly announces that Kofi Adoma Nwanwai, to be honored again at the Special 10th edition of 3G Awards in the USA. Kofi Adoma as popularly known worldwide first was the 2018 Honoree at the 8th Edition. Stephen Kofi Adoma is known professionally as Kofi Adoma Nwanwani is a Ghanaian Journalist, Teacher, Humanitarian, and Philanthropist. A great role model for the youth and currently works as the Director of News for the Angel Broadcasting Network. He is the founder and CEO of Kofi TV.

Philadelphia-based Rosette Multi Service LLC is the parent company of 3G Media Group and its Chief Executive Officer, an American is; Evangelist Charles Nimmo Ntiamoah-Mensah aka Mr. CNN. US-based Media Mogul. The event is also on the heels of the media personality cum Evangelist celebrating multi-anniversaries code-named; 21-13-12-10-1; 21 years in Media/Showbiz, 13 years of publishing the 3G Magazine 12 years of organizing the 3G Awards, 10 years of operating the Rosette’s Multi-Service and Food Supermarket, 1-year – topping its first anniversary of hosting “The CUMIEES Show” on 3GTV which is shown live on Facebook.com. CUMIEES Stands for; Captivating, Uplifting, Motivating, Empowering & Exalting our Savior Through Worship.

A Known Fact About The Kofi TV Founder

Kofi Adoma is a Teacher by training but has spent almost all of his professional life in the media, starting years back from Shalom Radio at Berekum in his home region, through Volta Star Radio (GBC Ho), Fox FM in Kumasi then to Hot FM in Accra before he finally joined Adom FM. He was a lead news anchor on Adom FM 6 pm news, Host of a Socio-political show (Pampaso) on Adom TV, and News Editor/Producer of Adom Kasee on Adom TV.

While on Adom FM and Adom TV, he was named the Ghanaian social media personality of the year 2017. He also picked up the Revolution in Social Media (Facebook) and the Most innovative social media blogger of the year at an awards event organized in the United States of America.

The radio personality has affected many lives with his captivating interviews on his KOFI TV Facebook and youtube channel. He was born in Berekum.