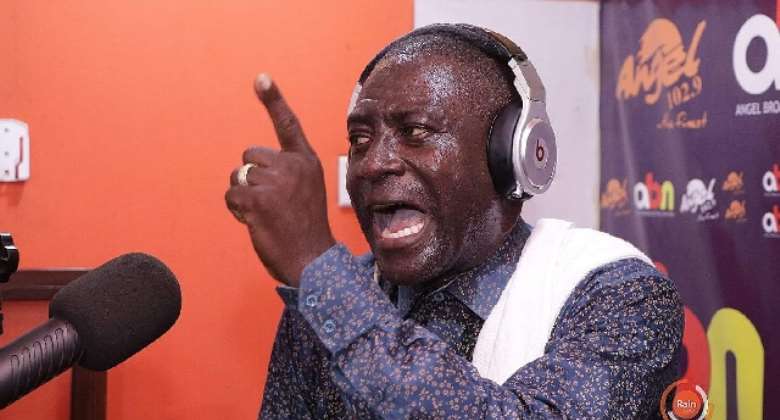 Managers of Onua FM/TV want the National Media Commission (NMC) to withdraw its judgment against its broadcaster Captain Smart following some comments made by the latter.

The National Media Commission had expressed disappointment in what it refers to as unprofessionalism on the part of managers of Onua TV/FM for allowing Captain Smart to make unsavoury pronouncements that hinge on peace and security.

Although Captain Smart was arrested by the police on Thursday, he was subsequently released.

The NMC in a statement issued on Thursday, December 2, 2021, said “on the morning show on Onua FM/TV, Captain Smart was heard allegedly inciting the Ghana Armed Forces against Members of Parliament and also calling on them to stage an uprising.”

In response to the National Media Commission, the Head of Onua TV and Onua FM, Bismark Nana Ampianti noted that the station and extension, all other subsidiaries under the Media General Group, are mindful of the responsibilities of their broadcasts and publication to their listening and viewing public.

“Over the last 25 years, we have upheld the highest professional standard of journalism, and we will continue to do so. We, however, wish to raise an exception to the manner in which your letter under reference, sought to create an impression that the word(s) used by Blessed Godsbrain Smart, a.k.a. Captain Smart in the alleged broadcast calls for insurrection against the state of Ghana and its institutions.”

The head of the station found the NMC’s comments very disturbing and harsh.

According to him, the Commission did not give a fair judgment on the issue and also failed to give an audience to the broadcaster in question.

“Most disturbing to us is how NMC, an independent body under Clause 167 of the 1992 Constitution and the National Media Commission Act, 1993 (Act 449) entrusted with ensuring the promotion of freedom and independence of the media will within 24 hours of the occurrence of the alleged broadcast and without just cause, write such a letter which seeks to pass “judgment” of an alleged wrongdoing on the part of Captain Smart, a journalist of Onua TV and Onua FM.”

“NMC, in its haste to write to Onua FM/Onua TV, failed and/or neglected to comply with its settlement procedures prescribed by Act 449, 1993 in resolving complaints before the Commission. NMC, per its letter, seems to have concluded and delivered its decision on the matter as it concluded that the said broadcast by Captain Smart “calls for insurrection against the state of Ghana and its institutions.”

The station posits that the NMC could only have come to this conclusion because it did not have the full benefit of the alleged broadcast, as the said broadcast by Captain Smart was taken out of context.

It clarified that Captain Smart in the said broadcast called on specific individuals to “rise up and speak “against the e-levy as contained in the 2022 Budget Statement.”

“In addition to your specific reference to the alleged statement by Captain Smart, which we state that you considered out of context, the opening paragraph of your letter stating broadly that ‘part of your broadcast raises concern for peace and security in the country in a manner that demands immediate regulatory action’ creates the impression that Onua FM/ Onua TV has been broadcasting other material that offends regulation. We are terribly surprised at this statement,” the head of the station added in a statement.

He called on the NMC to withdraw the said letter and use the right channels to resolve the issue.

“In view of the fact that you have never cited an example of such broadcast to us, we see the broad statement as an attempt to make us cower in our work, and we find that most regrettable. It is unfortunate for the NMC to prejudge and conclude on such a matter as contained in its letter without giving Captain Smart, Onua TV and Onua FM the opportunity to be heard.”

“As a stakeholder, we call on NMC to withdraw its letter under reference and to comply with the procedures under Act 449, 1993 in resolving these matters,” he added in the statement.