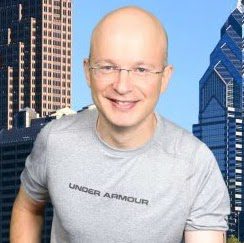 Integrated with its widespread public bus and train network, cycling is considered an important means of transportation in this small Scandinavian country, which has one of the world’s most modern bicycle infrastructures. Out of 20 cities throughout the world, and every year since 2015, the Copenhagenize Index has ranked Denmark’s capital, København (Copenhagen), the most bicycle friendly city in the world. If you like to ride your bike, Danmark is geared for cycling.

Danskerne (the Danes) and Bicycles

Danmark has been a bicycle nation for over 100 years and in the 1920s and 30s, cycling became a symbol of equality and freedom. In the early seventies, when the land of Hans Christian Andersen and all countries of the world were investing heavily in cars and automobile infrastructure, things took a turn with the Mideast oil crisis and Københavnere,demanded that their wonderful Copenhagen, as the famous song says, be car free.

26% of Copenhageners with 2 children own a cargo bike. Credit: supercykelstier.dk

Dansk børn (Danish children) start riding bicycles before they are six years old and are often seen at very early ages on their parents’ bicycles, which may be adapted with different parts and carriages to transport one or several children at a time. Danskerne actually invented the front wooden box transport bike seen here and below, which conveniently carries children or cargo in this bicycle nation. In school, children learn cykling (cycling) culture, rules and safety as part of their curriculum. 49% of all børn aged 11-15 cycle to school.

Among many other factors, perhaps the most important key to the Danish biking success is that cyklister (cyclists) have their own separate bikeways, which cars cannot access. København has about 249 miles of them, which are separated from car lanes and sidewalks altogether.

Geographically comprised of the peninsula Jutland, Zealand and numerous other small islands, Danmark is a wealthy and modern country of 16,577 square miles, which has 7500 miles of bikeways.  It’s built 13 bicycle bridges since 2017 and three more are under construction. The recently finished Dybbølbro bridge has 6 yard wide lanes in each direction to accommodate more than 22,000 daily bicycle riders. It’s also currently constructing hundreds of miles of “super” bikeways which connect Copenhagen to its suburbs.

The public transportation network works together with Danish bikeways. Commuter trains have a dedicated wagon for bicycles.  20% of Danish cyclists ride their bikes to train stations and 5% from the train stations to their destination. In Copenhagen, it’s 30% to 10% respectively.

Health and The Environment

Cykling reduces health problems, work absences and it saves the Danish tax payer money on health costs. Danish studies show that for every 2/3 of a mile cycled, Denmark gains approximately $1.10 in health benefits in its medicare-for-all type health care system. In addition, cyclists in Copenhagen request 1.1 million less sick days versus non cyklister (cyclists), which translates as 215 million euros in annual savings. For every 746 miles cycled, one sick day is reduced. It’s also a great way for Danskerne to get fresh air every day and enjoy the outdoors, which clears your mind and reduces stress.

The benefits of cykling to the environment speak for themselves. It reduces carbon emissions, pollution, noise, and traffic congestion. It uses public space more efficiently, creates a thriving urban life and makes cities more livable. In the Capital region, bicycle usage saves 500 tons of CO2 annually and Sjælland residents produce 92% less emissions when they stop using their cars and switch to cykler (bicycles). Danes consider cykling the present and future of mobility and smart city development. It also provides mobility at a low cost.

Danes try to make cykling as convenient as possible in order to encourage it.  The grøn bølge (green wave) technology, which has existed in a similar form for cars in Denmark for many decades, are green LED lights adapted for bikeways which, when lit, mean that if the cyklist rides at about 12.5 mph he/she will catch the next traffic light in green, and will not have to stop. In addition, when it’s raining, some bikeways are fitted with sensors that allow longer green traffic lights. Danes are also constantly testing and implementing new technology to improve safety, for example LED lights that warn truck drivers of cyclists, when making a right turn.

Dansk bikeways also have a variety of cykelinventar (urban furniture) which add considerable comfort, such as service stations; monitors with all kinds of real time information like weather, number of riders, etc; air pumps; footrests; and  even bike-friendly tilted trash receptacles.

Known as the supercykelstier, translated by that organization, the Sekretariatet for Supercykelstier (The Department for Superbikeways),  into English as the  “bicycle superhighways,” they connect the kommuner (suburbs) to København. The object is to increase long distance cykling commuting, and make it competitive to taking the train or bus, thereby reducing carbon emissions, and at the same time, improving the health of cyclists.  Other European countries are also constructing this new category of bike thoroughfares.

The 4.54 mile in length C-82  Superbikeway in one of Copenhagen’s near suburbs. Credit: supercykelstier.dk

Built with the vision of keeping Copenhagen and its suburbs as the “greatest bicycle region” in the world, the superbikeways make perfect environmental and financial sense. Danish research found that replacing 1% of all car trips in Sjælland with a bicycle, saves 23,000 tons of  CO2 . Bike traffic in the superbikeways increased 23% since 2012  and 14% used to travel by car instead.  The highest number of cyclists recorded on one superbikeway on a weekday was 29,000 and riders average 6.8 miles per day. In addition, there would be a 30% increase in car commuting if no one in the region used a bicycle.

A study by danskindustri.dk found that 10% additional cykling annually would reduce sick days by 267,000, decrease traffic congestion by 6%, and save $160 million in public health care.

According to a supercykelstier.dk one month study, Mette, a 49 year old Danish woman who used an electric bicycle, saw a 5 year reduction in her body age by cycling 16.7 miles/day. She also saw her Body Mass Index reduced from 24.4 to 23.4 in one month.

A typical Danish parent with her children. Credit: supercykelstier.dk

Fiona Weiss, a Danish woman who has ridden a bicycle for 50 years, cycles mostly in summer and says “it gets the happy vibes going and allows me to discover places I would not see on the train, (keeping) my legs slim.” She also enjoys cycling on “a good winter day. If I feel like going to the seaside or forest for winter fresh air.”

Bettina Fürstenberg is a 52  year old Danish woman who used to ride her bicycle an average of about 10 miles a day until she had a serious bike accident in her thirties. She currently owns three bicycles, one being electric. She says cycling is the “fastest way to move around Copenhagen,” and it “doesn’t pollute the air.” She feels that “better and larger roads are still needed…with stricter rules for cyclists” such as “speed limits.” Although she hasn’t fully recovered from her accident, she still rides her bikes for “any kind of activity, like work, movies, parks, shopping, etc.”

Outside area of a typical Copenhagen building. Photo by Jorge Carbajosa

The Cycling Embassy of Denmark promotes cycling for cities throughout the world. It offers a virtual reality film featuring a bike ride in Copenhagen, a two day study trip in Denmark and prepares annual reports. Danes have numerous websites in English promoting cycling and their country. Many were used for this story and are listed below.

The Danish language is spoken in Danmark, Færøerne (the Faeroe Islands) and by a minority in Grønland (Greenland). It is mutually intelligible with Swedish and Norwegian, which descend from Old Norse. Icelandic, another language that comes from the Vikings, also comes from Old Norse.

The Danish language is related to English because they are both Germanic in origin. The Angles were in fact, Danes, who migrated to England in the fifth century A.D. In addition, Old Norse influenced English because of Vikingerne (the Vikings) invasions of Great Britain in the eighth century A.D. and in 1066 A.D. by the Normans (the North Men) who were also of Viking origin.

Most Danes speak English well and learn it at a young age.

I would like to dedicate this article to all my friends from Denmark and specially to Bettina Fürstenberg, Birgitte Borgsmidt, Robert Clarke, Dr. Joe Asbury, and to world cyclists Jorge Balderas and Ignacio Durán.