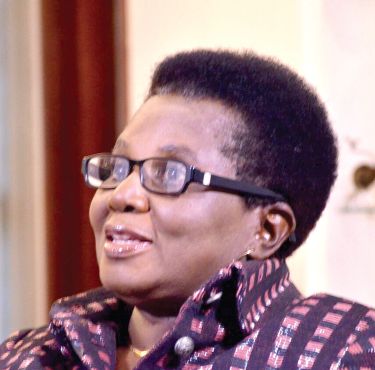 I heard on the BBC World Service a Guinean commentator refer to something he called a “good coup”.
He said he sympathized with ECOWAS and the African Union condemning the coup d’etat in his country because the two organizations did not know, did not realize that this was a “good coup d’etat and not a bad coup”.

The commentator said the Guinean people had been left with no choice but to have a military coup d’etat to solve the problems that had beset their country.

I heard another commentator, on the same radio station, offer as a reason for the coup d’etat that Guineans were fed up with the unequal distribution of wealth in the country.

That sent me to listen to the coup leader, Col Mamady Doumbouya, to see what reasons he himself had given for staging the coup.

Of course, I knew there was no need for me to bother to go and read up or listen to the Colonel.

As far as coup d’etats are concerned, I have been there, seen it, done that, worn the T-shirt.

There are not many things about coup d’tats that every Ghanaian or Nigerian or other West African of my age or thereabouts, wouldn’t know.

The coup speech especially had a rigid formula and we had so many, every schoolchild could repeat it from memory.

The people who have been overthrown were corrupt, dictatorial, had mismanaged the economy, the ordinary people were suffering and there was hopelessness in the country.

The military owed it to the people to liberate, redeem, save them from suffering.

The soldiers had no interest in ruling the country and as soon as they were through with cleaning up the filth, they would be back to the barracks where they belong.

Some things never change. The passage of time does not seem to affect the inane things the commentators and experts wheel out to explain coups in Africa.

Of all the reasons that I have heard offered for staging a coup, I must say that the unequal distribution of wealth would rank as the bravest.

A coup d’etat would ensure the equitable distribution of wealth in Guinea? We would all go and take lessons.

If the unequal distribution of wealth in a country requires a coup d’etat to remedy the situation, it seems to me there are going to have to be loads of coup d’etats around the world, starting maybe from the United States of America?

The last statistics I saw said the top 20 percent of Americans owned 86 percent of the country’s wealth and the bottom 80 percent owned 14 percent.

An even more interesting set of figures was what was called financial inequality, which was said to be even greater than inequality in total wealth.

Luckily, no such statistics exist in Guinea and we must hope it is worse than the US.

I was in the United Kingdom in the 1980s during the coal miners’ strike and as the violence increased and suffering among the mining community spread, it occurred to me that if the same situation had been occurring in Ghana or any other West African country at the time, it would have led to the staging of a coup d’etat.

I remember I wrote an article in Talking Drums, the newsmagazine I was editing at the time, stating as much and wondered why there hadn’t been a coup.

All the ingredients were ready and available. Some people at the BBC were so shocked I could even imagine such a scenario. I was invited to be interviewed on my outrageous suggestion.

I had come a long way and had reached the stage where I had come to the conclusion that there were no redeeming features to any coup d’etat.

Indeed, I was in exile in the UK precisely because I had taken a strong position against the coup d’etat that had overthrown the government of Dr Hilla Limann. A government I did not support.

It was not always thus. I was an undergraduate student when the first coup d’etat was staged in Ghana.

After listening to Col Kotoka’s coup speech from 5.30 a.m., which assured the country that the myth surrounding Kwame Nkrumah was broken, when I got ready to come down to breakfast in the dining hall, I took my bedsheet (white) and tied my head in celebration at the overthrow of the tyrant, the One-Party President for Life.

I know that the Nkrumaists would have you think that the 1966 coup was not popular.

There might not have been many people with white turbans celebrating that 24th February day, but once things settled after a few days, most people, including the CPP top guns did celebrate the sense of relief.

If that had been the end of coups in Ghana, maybe I might have stayed with the opinion that military intervention can be useful to give a nation a chance to regroup and reorder affairs.

Unfortunately, 24th February 1966 opened a can of worms and everyone in uniform began to think that the Armed Forces provided the fastest route to political power.

I decided even the 1966 coup that I had supported was a bad one because that made the others possible.

We had a series of adventurers in uniform who seized power and the critical years of the 1970s through to the 1980s brought Ghana to its knees.

We all discovered that the soldiers could be and were as corrupt as any civilian politician, and maybe worse because they held guns to our heads.

Every reason they gave for overthrowing an elected government turned out to be something they did even worse.

Then there were the group of pathetic civilians who liked to operate within the military government setup, they know they can never win an election and so what better route to power than to be in a government with military cover where you were answerable to none.

By 1979, the military had come to the conclusion that they could not go back to the barracks without a house cleaning within their ranks, they had been so disgraced, it was sad.

Soldiers were unwilling to be seen in town with their uniforms, children called them Zombies to their faces.

Some people had joined the military desiring to be professional soldiers but they found themselves dragged into politics.

I hear that the convener of #FixTheCountry says he welcomes the coup in Guinea and is urging that we fix things in Ghana, or else.

We have been accused of having short memories, but surely we can’t have wholesale amnesia.

As for me, I’ve been there, done that, worn the T-shirt and I know there is no good coup, no bad coup. Nothing can excuse a coup d’etat, of any kind, period.