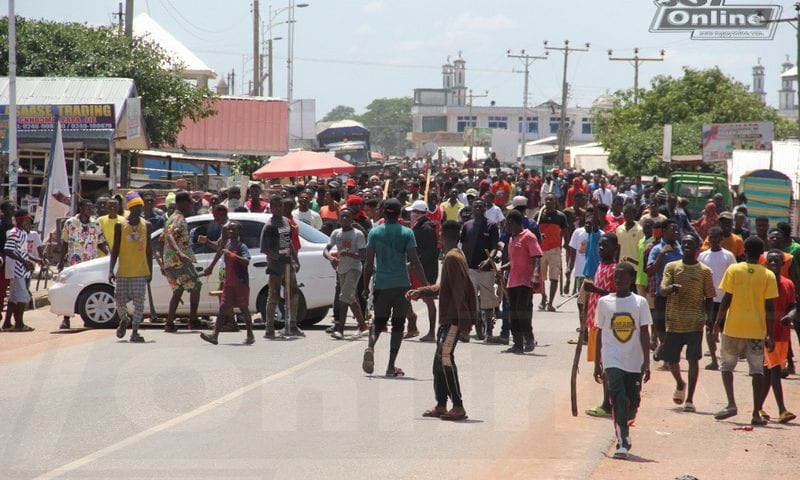 Two people have died, while four others are injured after some protesting youth of Ejura Sekyedumase clashed with the military and police on Tuesday morning.

Since the death of the 40-year-old Ibrahim Mohammed, aka Kaaka, the youth say they are willing to sacrifice their lives until they get justice for him.The youth stormed the police station on Tuesday morning to inquire about the extent of investigations regarding the murder of their colleague, stressing that they want the Police to leave no stone unturned in bringing the perpetrators to book.Although the Police told them they have arrested two people in connection with the crime, the agitated protestors said it was just a façade.

The youth described the deceased as a crusader for the community, who speaks truth to power and requests for developmental projects for the area.

Thus, they cannot fathom why he was attacked and murdered in such a manner.

Pressing home their demand for justice, the youth hit the streets and were met by Military and the Police personnel.

Four soldiers were seen moving in a horizontal line with a Police water cannon charging on the protestors.

Two people were hit, and the crowd scattered, with some of the protestors running to seek shelter in nearby houses.

According to JoyNews’ Erastus Asare Donkor, the anger of the youth in the area, is palpable even though they were dispersed initially.

He reported that they have regrouped and are charging on the security personnel from both sides of the road.