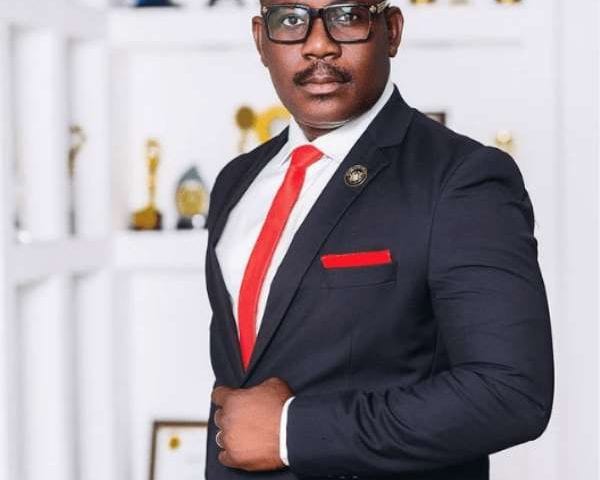 On Tuesday 20th April, 2021, the Minister of Lands and Natural Resources , Samuel Abu Jinapor, Information Minister, Kojo Oppong Nkrumah and the Sanitation and Water Resources Minister, Cecilia Abena Dapaah toured some water bodies and the Sekyere Hemang and Daboase water treatment plants. I must confess, I admired the team spirit with which they set out to do what they did. The three ministers were acting in their official capacities with the belief that government has stepped up efforts to protect our water bodies. And they were on the move, if you will, as a shadow inter-ministerial initiative, since President Nana Addo Dankwa Akufo-Addo decided to dissolve his 10-member inter-ministerial committee on illegal mining (IMCIM), earlier in January 2021, after it being in place since March, 2017. He had opted for an open national dialogue after four years of fighting the illicit small-scale mining activities (galamsey) from his government’s perspective.

So back to the trio on the tour. They were out there, on some sort of an inter-ministerial tripartite movement. Of course, they were not on the tour alone? They were warmly received by the Central and Western regional ministers and some Chiefs. And, they were with the usual attendant support staff and agency heads that follow our ministers around. On this occasion, there were four ministers in each region so you get the picture, don’t you? And then guess what? Boom, the touring team discovered the devastating effect of galamsey or illegal mining on river bodies in the two regions. The pictures speak louder than my words. Mind you, two of the three ministers had been part of the IMCIM, which had the mandate of President Akufo-Addo to coordinate, and salvage the ongoing galamsey menace. The other, was a Deputy Chief of Staff under President Akufo-Addo when the IMCIM was firmly in force. They couldn’t have discovered what they already know and have read many reports on? Or could they have, because things might have rapidly changed since the last results fair?

Interestingly the tour comes days after a two-day national stakeholder consultative dialogue on illegal mining which was held in Accra with some serious English speaking people. It is my understanding that the Accra event will be taken to the door step of the people, hopefully, in a language they understand, to inspire the action we need. At that fora, leader of the Ghana Freedom Party, Madam Akua Donkor had bemoaned that the “arish, rish, rish” was too much and that the folks in the galamsey pits won’t understand a word of the dialogue. That, for me, was great feedback which ought to be taken and worked on immediately; Covid-19 being our teacher.

But, I have some simple questions as a citizen:

1. Why would anyone go on a fact-finding tour, to understand something that the person has been fighting since 2017, with every arsenal, including President Akufo-Addo putting his job on the line? Remember Operation Vanguard and the others?

2. Why would anyone go on a tour when the good old Prof. Frimpong Boateng (Former Environment Science and Technology Minister and Chairman of the IMCIM) declared that 90 percent of galamseyers have stopped? Because we did not go on a tour to achieve 90%? Achieving 10% must be really arduous to demand for a tour first!

3. Does this tour and the underwhelming and muddied water confronting the team everywhere they turn, connote a lost fight that is not being admitted in plain honesty? Is the government shrouding the galamsey fight in polished dialogues and tax-sponsored tours to make us all feel guilty? And does the water and sanitation minister see how her ministry is being eaten away, piece-by-piece?

4. The Press and the people are being called upon, once again to see this tour and whatever will happen afterwards as a ‘collective responsibility’. Yet, no one, I mean no one, has had the decency to explain what happened to the last mountain of commitment, resources and support officialdom wholeheartedly received against galamsey? Nor, to even apologize for same? Remember, no private citizen has the power to enforce laws or prosecute people. IT IS THE JOB OF THE STATE and its empowered officials. The same state that freed Aisha Huang with a big excuse? And, Lawyer Justice Abdulai insists he has not seen an account of how much gold, diamond and bauxite were seized? How about the generators, guns and lamps?

5. Former Local Government Minister Hajia Alima Mahama met all MMDCEs under her in 2018, and told them she knew those of them involved in galamsey. Nothing happened to anyone? Are they still at post? YES. Yet, the new Lands Minister says there is a CARTEL oiling the wheels of galamsey. Who are those and why not go after them instead of the dialogue and tax-sponsored travel and talk? A-Plus a known NPP sympathizer and vocal social activist told my colleague Roland Walker in a recent interview that the cardinal sins of galamsey, have and are still being committed by appointees of Nana Akufo-Addo. I guess he needs ‘haarrrd’ evidence (in Presidoo’s voice) before the Anas principle could be applied?

7. Have the chanfan, excavators and the other earth moving machines stopped coming in through the ports and other porous entry points? Do we know who is importing what? Do we follow up to know where these things end up? How do we feel when our brothers and sisters who live along those muddied waters find no water to drink? How does it feel to know that we are drinking and eating mercury and other chemicals used for mining?

9. Have we resolved to buy cocoa beans at better rates from the farmers and to pay them regularly and promptly, so that the thought of selling off their lands out of frustration would be a thing of the past? Are we saving towards a possible drought, per the forecast of the Ghana Water Company, because a few greedy people have succeeded in raping the earth without apology and are walking free?

10. Is it true that politicians are financed with galamsey money, dug with labeled excavators, chanfans, etc and so they cannot bite the hands that feed them? Is it a case of wining power at all cost and coming after those that speak up?

If you didn’t know, the Chinese are producing gari and giving it a better look and feel in terms of packaging. I won’t be tempted to try that, because my suppliers from Mafe Kumase in the Volta region give me the best gari experience. Do let me know what the China gari tastes like, if you are ever tempted to buy some. Again, China is producing cocoa and have mechanized the drying process for their cocoa beans. However, the minister for Agric, Dr. Afriyie Akoto says Ghanaian farmers must not panic because the quality of their cocoa beans is not up to ours. But just when the minister had finished bragging to our farmers through the Press, the COCOA POST reported “global snacking giant, Mondelez international and Olam, a leading supplier of cocoa beans and cocoa ingredients, have teamed up to create a 2000-hectare sustainable farm in Indonesia.”

Now let this sink in slowly: the buyer of your most priced commodity (cocoa), has teamed up with a giant producer to cultivate and harvest from a hi- tech and fully-merchandised farm, presently the world ’s largest. What becomes of you and your dependents? So gari and cocoa are gone from the local farmers, market women and all those along the value chain? What next?

We can talk and tour like we did in the last four years while farmlands that feed the nation and earned us forex get destroyed by galamseyers who go back to their countries to preserve theirs. We can brief the President at cabinet meetings, compose sweet speeches for him to read and hope that our words are not buried under the mud of galamsey. We may add colourful slogans if we please, but soon when the people can’t find water to drink, the slogans will be drowned in tears.

We can continue amending the laws to prescribe stiffer punishments for offenders but if we don’t enforce those laws, there will be nothing more to inform the people about. We can continue with the ministerial collaborations and the fine press conferences and sound bites. We can even procure more equipment and deploy more man power into the bushes and fail to realise that crimes do not expire – rest in peace, Major Maxwell Mahama. Entrepreneurs need enabling environments to survive and thrive in. And, if we do not speedily create alternative jobs by building functional factories and state farms while applying the law forcefully and honestly, we may as well leave the galamseyers alone. And while at it, we must keep an eye on the trees that the Farmers, Forestry Commission, Green Republic, etc have planted and what we intend to plant. There is a wild tripartite of former galamseyers eager to become illegal loggers because they are jobless. WHEW!

Writer is a broadcast journalist with Media General