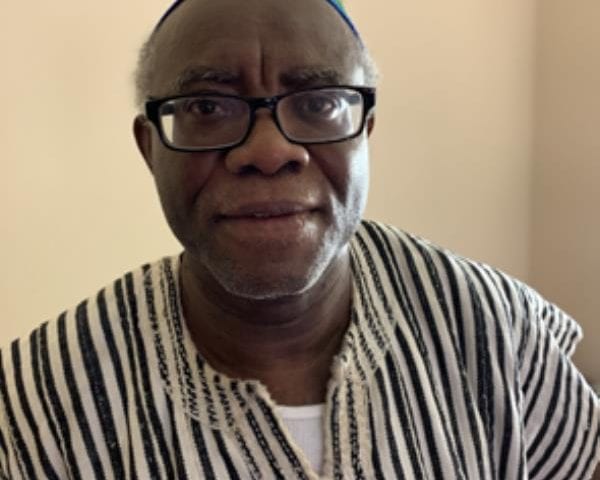 I had quite a great kick out of reading Karim Abdul-Hamid’s article titled “John Mahama Is NDC’s Best Bet for 2024, Stop the Diversionary Tactics!” (Modernghana.com 3/23/2021), in which the writer carps a group called Cadres for Accountable Leadership (CAL) for damning the recently defeated Candidate John “European Airbus Payola” Dramani Mahama for obstructing the chances of a National Democratic Congress’ victory in the 2024 Presidential Election. What I find quite fascinating is Mr. Abdul-Hamid’s rather cavalier assertion that the former President needs to be afforded a third clearly undeserved chance or shot at the Presidency, because the former political right-hand man of the late President John Evans Atta-Mills has ginormous financial resources, presumably more than any of the key players of the National Democratic Congress (NDC), to enable the Bole-Bamboi native, from the Akufo-Addo-created Savannah Region, to effectively re-gun for the Presidency.

What the writer conveniently fails to tell his audience of readers regards precisely how the twice seismically defeated Mr. Mahama came by the sort of humongous wealth that Mr. Abdul-Hamid supposes puts him way ahead of any possible and/or likely challengers and contenders for the party’s very top nomination ticket in the leadup to the 2024 Presidential Election. For example, what does the writer know about the incontrovertible role criminally played by the then Vice-President Mahama in the European Airbus SE Payola Racket, the forensically airtight evidence of which was collected by Mr. Martin ABK Amidu, the former Special Independent Public Prosecutor, who, ironically and deviously strategically and flatly refused to both indict and prosecute this internationally infamous Mega-Thief? This is what many a patriotic and progressive-thinking Global Ghanaian Citizen would much rather be apprised of or educated about, than the mere and dubious fact of whether or not a twice-trounced Candidate Mahama is the best placed leading member of his party to run for the Presidency, once more, in the 2024 General Election.

You see, we are also talking about the four much-touted mantras of the revolutionary self-righteousness of the leaders of the National Democratic Congress, namely, “Probity, Transparency, Accountability and Justice,” the litmus test of which Little Dramani, in the evergreen and authoritative opinion of the late President Jerry John Rawlings, the Founding-Father of the National Democratic Congress, failed miserably. It is almost certain that Mr. Abdul-Hamid is well aware of Chairman Rawlings’ poignant description of his former protégé as the most thoroughgoing corrupt leader of Fourth-Republican Ghana. So, it is rather unforgivably absurd for the critic to describe the Dumsor-inflected four-and-half-year tenure of Little Dramani as one that “was much better [when] compared to what we have now under Nana Akufo-Addo.” Has the critic wondered why diehard National Democratic Congress’ stalwarts like Messrs. Bernard Allotey-Jacobs, Dela Coffie and Samuel Koku S. Anyidoho would be staunchly backing the Akufo-Addo Administration this time around?

It goes without saying that were the preceding clearly cocaine-laced assertion by Mr. Abdul-Hamid impregnated with factual validity, Candidate Mahama’s major 2020 electioneering campaign agenda would scarcely have entailed pleading with Ghanaian voters to be allowed back into Jubilee House – he presumptuously prefers to call the John Agyekum-Kufuor-built Jubilee House the Flagstaff House – so that he could “correct my previous mistakes” as substantive President of the Sovereign Democratic Republic of Ghana. Of course, there is every reason to believe that the man who so miserably failed to promptly and effectively contain and quash the spread of a highly localized cholera epidemic in 2014, would only have added onto his slew of “mistakes” and blunders as President, mistakes that were clearly and unmistakably reflective of his gross administrative incompetence.

Significantly and predictably, Mr. Abdul-Hamid fails to mention even a single enviable achievement that makes the presidential tenure of Little Dramani any better than that of a globally lauded and celebrated President Addo Dankwa Akufo-Addo. It is also unpardonably absurd for the Mahama shill to speculatively feign that the question of whether the man who has until now mischievously failed to inform Ghanaians about the precise set of circumstances under which Prof. Atta-Mills met his death on July 24, 2012 is still up in the air, as of this writing. More likely than not, Little Dramani is poised to gunning for the Presidency in 2024. The good news here is that a Vice-President Mahamudu Bawumia-headed New Patriotic Party (NPP) is almost certain to trounce a decidedly jaded Candidate Mahama with an even greater margin of victory than that with which a comfortably cruising Nana Akufo-Addo pipped Little Dramani in the 2020 Presidential Election.

The National Democratic Congress’ Kingmakers had better heed the morally and logically sound advice of the pundits and avid political watchers of the Britain-based Economist Intelligence Unit (EIU), by promptly and wisely replacing their irreparably jaded and mortally wounded political racehorse, if the party is to become a relevant force in Ghana’s Fourth Republic.