Senior Minister, Yaw Osafo-Maafo, says it was wrong for former President John Mahama to show photos and videos of the violence that marred the Ayawaso West Wuogon by-election to the diplomatic community.

The former President on Wednesday received a delegation of diplomats where he shared with them his position on the January 31 violence at La Bawaleshie, a suburb of Accra.

In that incident, masked and heavily armed special forces fired shots and beat up persons suspected to be hiding guns and ammunition to disrupt the by-elections. 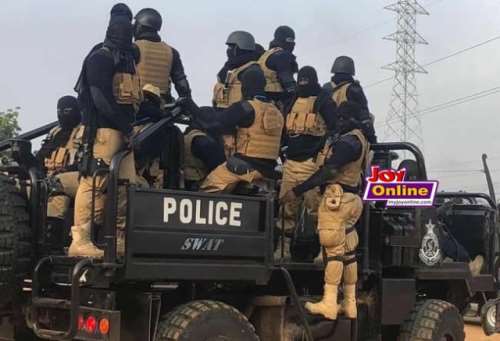 No ammunitions were retrieved but at least six persons sustained gunshot wounds.

Widespread public condemnation of the incident prompted the setting up of a special commission to look into the matter.

The opposition National Democratic Congress (NDC), which Mr Mahama is seeking to lead again in the 2020 general elections, says the injured person that the special forces attacked and injured were their party members going about their duties on the day of the by-election.

Many members of the special forces are also alleged to be ex-members of a vigilante group affiliated to the governing New Patriotic Party (NPP).

Mr Mahama’s February 13 meeting with the members of the diplomatic mission, reports indicate, sought to make the point that NPP has a fertile history of engaging vigilante groups to cause mayhem. 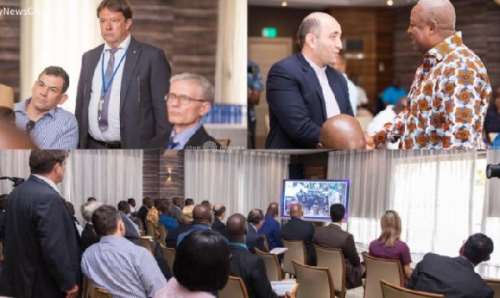 Joined by the bigwigs of the NDC, Mr Mahama allegedly showed the members of the diplomatic community, videos and photos of the violence – the gunshots, the injured persons and the physical assaults.

Reacting to Mr Mahama’s meeting with the diplomats and his subsequent showing of the violent pictures to them, Mr Osafo-Maafo said the former President stooped low.

“This is unpatriotic and shameful. It is because if he gathered Ghanaians, call it the academia or Ghanaian professionals or Ghanaian businessmen and he talked about matters of concern to him, I’ll have no problem. He’s a former head of state and then for a very important opinion leader but to gather foreigners and try to paint Ghana black is just not acceptable”, the Senior Minister condemned in a short video clip.

He added: “What is he really after? What does former President Mahama want to portray? Why does he want to paint Ghana black? When indeed there is nothing to paint black. There was some violent, it didn’t happen in a polling station, it happened as it were in the parliamentary candidate’s house away from any polling station and we’re yet to know who even shot. Why would you want this to look like a national disaster? This is really nothing; it’s not good and I will never support any such thing but if you look at what has happened in previous by-elections in this country, this is nothing more than what had happened earlier.”

Mr Osafo-Maafo wants the former President to carry himself in the same way that statesmen do.

He cited Mr Mahama’s declaration, following the January 31 violence, that the NDC will meet the NPP “boot-for-boot” during the 2020 elections as inciting violence.

Mr Osafo-Maafo is, however, convinced Ghanaians will not allow themselves to be led into violence.