Source:.foxnews.com..(visit foxnews.com  to view a video clip of this story)

Road gators could soon be on the endangered list. And that’s a good thing.

They’re not animals, of course. They’re those bits of truck tires strewn across America’s highways. They’re often the tragic result of tires that weren’t operating at optimal air pressure, which is hard to maintain on a tractor trailer carrying various loads over hundreds or even thousands of miles through large temperature swings. 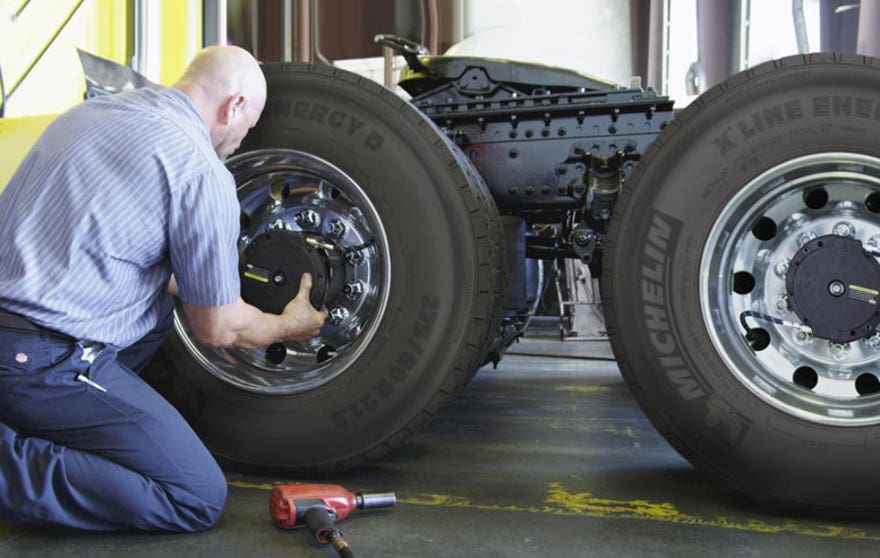 Two years ago, a California startup named Aperia Technologies began selling a solution to this problem: the hub-mounted Halo Tire Inflator. Similar to a self-winding watch, it uses a pendulum-type weight to power a pump as the wheel it’s attached to turns. Set to a specific pressure, the device is connected to the tire’s valve stem via a hose and automatically increases or reduces pressure as needed. One Halo can serve up to two tires. 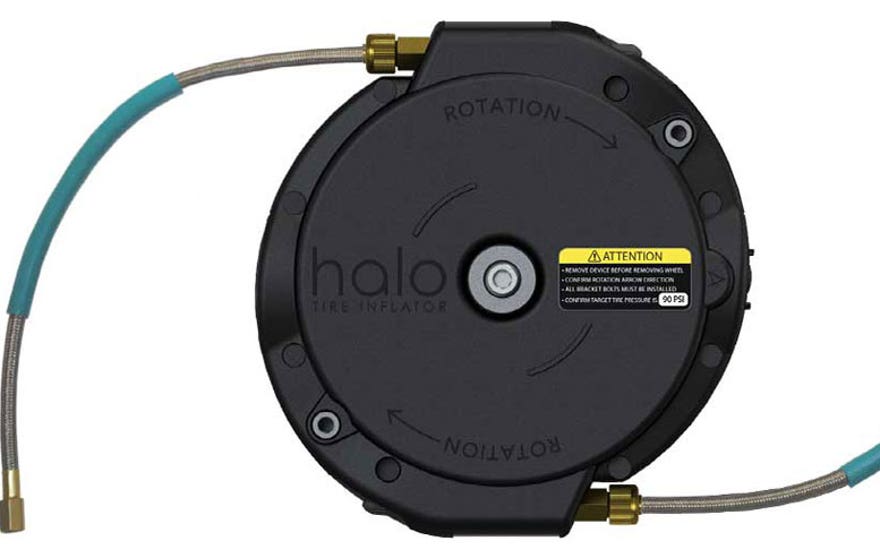 Along with preventing blowouts and increasing tire life, it improves fuel economy and reduces downtime for repairs, all of which adds up to $2,400 annual savings per truck, according to Aperia.

That’s exactly what it costs to install on an 18-wheeler, but it’s compatible with buses and heavy duty trucks with fewer axles, too. Aperia has sold thousands of systems since 2014 as it has built up its distribution network, but now it’s teaming up with Michelin to expand its reach dramatically.

The tire giant has begun offering the co-branded AutoInflate powered by Halo through its commercial services network for a monthly lease of about $15 a pop, and Aperia CEO Josh Carter expects its adoption to explode as it stops more tires from doing just that.

Carter says the company is focused on developing its U.S. market reach, but is also conducting several pilot programs overseas and has started looking into making a version for cars and light duty trucks.

And while a big selling point for the Halo is that it can be retrofitted to pretty much any truck, emissions rules being written for heavy duty trucks could include a bonus for the use of such systems, which would make them appealing to original equipment manufacturers, as well.

As for those gators, enjoy – and avoid – them while they last.

5 in custody over diversion of Peki SHS food items

Daily Graphic Editorial: Excuses for recklessness on our roads not spot on

STATEMENT ON THE END OF U.S. NON-IMMIGRANT VISA RESTRICTIONS IN GHANA