I hear some folks have a problem with Joy FM’s  and myjoyonline.com’s coverage of the Occupy Flagstaff protest on Republic Day. The coverage was too much media ‘acreage’ for an average demonstration, they say.

Hmmmmm. Response? How do we proceed????? Okay. Let’s say the Lord’s Prayer first.

Our Father in heaven,hallowed be your name.Your Kingdom come, your will be done, on earth as in heavenGive us today our daily bread.Forgive us our sins,as we forgive those who sin against us. Lead us not into temptation, but deliver us from evil. For the kingdom, the power and the glory are yours. Now and for ever.

Now let’s do this.

It’s a criticism party. So I put two bouncers by the door just to make sure any criticism is worth its salt. One bouncer called – critical thinking and another called logical reasoning.

And we are set up to begin.

Maybe the protesters were a handful, maybe they were not really that significant for Super Morning Show coverage. So what event is bigger? Any suggestions? Any? yes. Maybe if government granted media accreditation to cover the flight of $ 3 million on a chartered plane to Brazil, Joy FM would have provided live coverage complete with live online updates too, you know?

Sure,the live coverage of the demonstration plays into the hands of the opposition, they say. It arms them and we are responsible for the arm shipment of political capital. Joy is benefiting and gifting the opposition.

If you really really wanna know who your last GhȻ 1 benefitted or where it eventually landed, trust me, you won’t spend any cedi. The final destination of your money could be part of the cash on that charter flight to Brazil. You may want to check.

Okay, on a football field the middle is the centre circle, but  if the referee stand there the whole time, there is no way he would spot a penalty. Is that the ‘middle’ we are talking about? Naaa. I don’t think so.

So where is the middle? The middle is the rules, being objective, sticking to guidelines.

The middle is neutrality and neutrality here is objectivity. It is covering the demonstration and giving the President the chance to also respond. And even giving an eager Hannah Tetteh the chance to gatecrash the party with her attempt at free speech.

Objectivity is like deciding to be the first man to climb Mount Everest. You trudge, you try, you pant, you push to climb the magnificent non-living thing and just when you are about to shout out, ‘I am the only and the first’ – you realise the Russians and the Chinese and the Americans are already there.

You will have people side with that objectivity and their decision to see the objective with you can sometimes make objectivity a side with many friends. Soon you realise you are not the only person in the ‘middle’.

If you look at the reactions of passionate fans at the World Cup game to determine which decision of a referee is objective or fair or in the so-called middle, you will never know a fair referee. Both sides always hoot if a decision goes the opponent’s way.

Covering it is the best chance to be a non-partisan media – a fair media – a so-called middle media.

Okay – let’s go look for some non-partisan, neutral, middle set of people in Ghana? yeah, you know it is a despairing journey but come on, let’s try.

So they combed the city, checked the towns, tried the beaches, looked out at the nice hotels and fancy East Legon area and poverty-stricken Sodom and Gommarah too.

Alas. It has been found it! eureka! They found them. They found 155,689 non-partisan, neutral, middle-standing Ghanaians. They did. And you know where they found them? 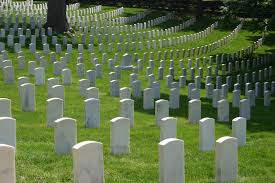 The graves were so non-partisan their tombstones were made of colourless cement.

Somebody else also called to say she found another middle group after 16 hours. A shop full of dolls – barbies and spider-man toys.

See –  since you reject our view about neutral people. Them lemme suggest to you how else you could get neutral people – implement neutral policies. Policies that affect nobody. Like increasing fuel prices for the birds and charging taxes on financial services of – I don’t know? -seagulls?

So bizarre the only person who can explain this ‘bizzareness’ is the respected English writer J.K Chesterton. Listen to him

“If you argue with a madman, it is extremely probable that you will get the worst of it; for in many ways his mind moves all the quicker for not being delayed by the things that go with good judgment. He is not hampered by a sense of humour or by charity, or by the dumb certainties of experience. He is the more logical for losing certain sane affections. The madman is not the man who has lost his reason. The madman is the man who has lost everything except his reason.

And his advice to such people is apt too

How much larger your life would be if your self could become smaller in it; if you could really look at other men with common curiosity and pleasure; if you could see them walking as they are in their sunny selfishness and their virile indifference! You would begin to be interested in them, because they were not interested in you. You would break out of this tiny and tawdry theatre in which your own little plot is always being played, and you would find yourself under a freer sky, in a street full of splendid strangers.

“How much happier you would be, how much more of you there would be, if the hammer of a higher God could smash your small cosmos, scattering the stars like spangles, and leave you in the open, free like other men to look up as well as down!”

Couldn’t get any better.

The President has maintained he is listening to the concerns. But then the Foreign Minister Hannah Tetteh shows up to tweet, she really really wants to listen but the protesters are so so small she can hardly hear anything they are saying.

Watch Cameroon vrs Croatia World Cup game. You will see Hannah Tetteh in it. Yes. Just before half time, Cameroon midfielder Alex Song, was sent off for striking Croatia striker Mario Mandzukic in the back. That was Ghana’s Alex Song, you know?

The folks who went to demonstrate are the folks who mainly listen to Joy and read myjoyonline.com. They are called Discerning Listeners. They are characterized generally as having a degree, using an ipad, having a car and/or managing a private business or administrative level public sector staff.

These politicians and partisan activists who criticize these media platforms for the coverage of Occupy Flagstaff House are branded discerning listeners too. But they must be lucky that nobody needs to find how they got their cars or earn their living because if they did, if the way they got ahead in life is really investigated, they will not be called discerning listeners anymore.