News Headlines
Home » Gen. News » What is coronavirus and how worried should we be? -Source: The Guardian

What is coronavirus and how worried should we be? -Source: The Guardian

What is the virus causing illness in Wuhan?

It is a novel coronavirus – that is to say, a member of the coronavirus family that has never been encountered before. Like other coronaviruses, it has come from animals – possibly seafood. Many of those infected either worked or frequently shopped in the Huanan seafood wholesale market in the centre of the Chinese city. New and troubling viruses usually originate in animal hosts. Ebola and flu are examples. 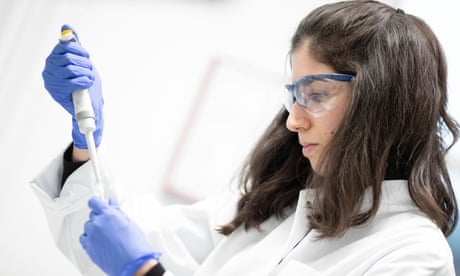 What other coronaviruses have there been?

Severe acute respiratory syndrome (Sars) and Middle Eastern respiratory syndrome (Mers) are both caused by coronaviruses that came from animals. Although Mers is believed to be transmitted to humans from dromedaries, the original hosts for both coronaviruses were probably bats. The first cases of Sars were in China in late 2002. The authorities played them down and were subsequently much criticised because the virus spread virtually unchecked to 37 countries, causing global panic, infecting more than 8,000 people and killing more than 750. Mers appears to be less easily passed from human to human, but has greater lethality, killing 35% of about 2,500 people who have been infected.

What are the symptoms caused by the Wuhan coronavirus?

The virus causes pneumonia. Those who have fallen ill are reported to suffer coughs, fever and breathing difficulties. As this is viral pneumonia, antibiotics are of no use. Antiviral drugs may be used, but usually only lessen the severity of symptoms. If people are admitted to hospital, they may get breathing support as well as fluids. Recovery will depend on the strength of their immune system. Those who have died are known to have been already in poor health.

Is the virus being transmitted from one person to another?

Human to human transmission has been confirmed by China’s national health commission, although it does not appear to be happening easily as was the case with Sars. As of 22 January the Chinese authorities had acknowledged 440 cases and nine deaths. In the last week, the number of confirmed infections has more than tripled and cases have been found in 13 provinces, as well as the municipalities Beijing, Shanghai, Chongqing and Tianjin. The virus has also been confirmed outside China, in the US, Thailand, South Korea, Taiwan and Japan. There have not been any confirmed cases in the UK at present, but there is definitely potential for cases to emerge due to the volume of international air travel. The actual number to have contracted the virus could be far higher as people with mild symptoms may not have been detected.

How worried are the experts?

There are fears that the coronavirus may spread more widely and person to person during the week-long lunar new year holidays, which start on 24 January, when millions of Chinese travel home to celebrate. At the moment, it appears that people in poor health are at greatest risk, as is always the case with flu. A key concern is the range of severity of symptoms – some people appear to suffer only mild illness while others are becoming severely ill. This makes it more difficult to establish the true numbers infected and the extent of transmission between people. But the authorities will be keen to stop the spread and will be anxious that the virus could become more potent than it so far appears.

No. The spread of the virus outside China is a worrying but not unexpected development. It increases the likelihood that the World Health Organization will declare the outbreak to be a public health emergency of international concern when it meets on Wednesday.

Those at greatest risk are probably healthcare workers, who might come across someone with respiratory symptoms who had travelled to an affected region. Experts say there is no need for people to change their travel plans at this stage, but basic hygiene measures such as washing hands are sensible.

… in the coming year, and the results will define the country for a generation. These are perilous times. Over the last three years, much of what the Guardian holds dear has been threatened – democracy, civility, truth. This US administration is establishing new norms of behavior. Anger and cruelty disfigure public discourse and lying is commonplace. Truth is being chased away. But with your help, we can continue to put it center stage.

Rampant disinformation, partisan news sources and social media’s tsunami of fake news is no basis on which to inform the American public in 2020. The need for a robust, independent press has never been greater, and with your support, we can continue to provide fact-based reporting that offers public scrutiny and oversight. Our journalism is free and open for all, but it’s made possible thanks to the support we receive from readers like you across America in all 50 states.

“America is at a tipping point, finely balanced between truth and lies, hope and hate, civility and nastiness. Many vital aspects of American public life are in play – the Supreme Court, abortion rights, climate policy, wealth inequality, Big Tech and much more. The stakes could hardly be higher. As that choice nears, the Guardian, as it has done for 200 years, and with your continued support, will continue to argue for the values we hold dear – facts, science, diversity, equality and fairness.” – US editor, John Mulholland

On the occasion of its 100th birthday in 1921 the editor of the Guardian said, “Perhaps the chief virtue of a newspaper is its independence. It should have a soul of its own.” That is more true than ever. Freed from the influence of an owner or shareholders, the Guardian’s editorial independence is our unique driving force and guiding principle.

We also want to say a huge thank you to everyone who has generously supported the Guardian in the past. You provide us with the motivation and financial support to keep doing what we do. Every contribution, big or small, will help us reach it. To support our rigorous journalism, make a gift from as little as $1. Thank you.