The second demonstration of the interparty resistance against the compilation of a new voters’ register has taken off in the Ashanti regional capital, Kumasi.

Crowds are swelling up as the protestors maze their way in their hundreds through the Asawase Police Station road to the Asare Original Pay All Office enclave.

The route is expected to continue through the Central Mosque to the Asanteman Senior High School, then through the Kejetia area all the way to the Aseda House.

The final convergence point will be the Jubilee Park where leaders of the demonstrations and the political parties present will address the participants that continue to join the long trail.

The series of protests planned to take place across the country is to pile pressure on the electoral commission to halt the plan to compile a new voters’ register and procure an entirely new electoral information management system.

As has become the norm at demonstrations, many participants can be seen wielding placards with interesting captions.

Some of these captions are; Jean Mensah is Akufo-Addo’s minister for re-election she is not independent, End the conspiracy to rig the elections now, Sakawa Akufo-Addo we don’t want a new register and Nana we still need more hospitals.

Others also read Akufo-Addo we still need more hospitals roads schools and portable water Adjoa Jean Mensah don’t create problems where there is none, We need new jobs not new voters register and The only reason why jean Mensah wants a new register is to create, loot and share. 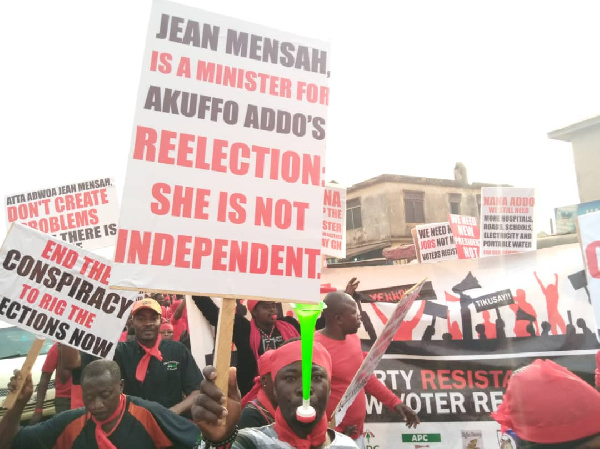 It appears the police is not leaving anything to chance as the Ashanti regional police commander DCOP Kwasi Duku Mensah and other leading officers are all on the ground with riot control personnel manning the demonstrations. 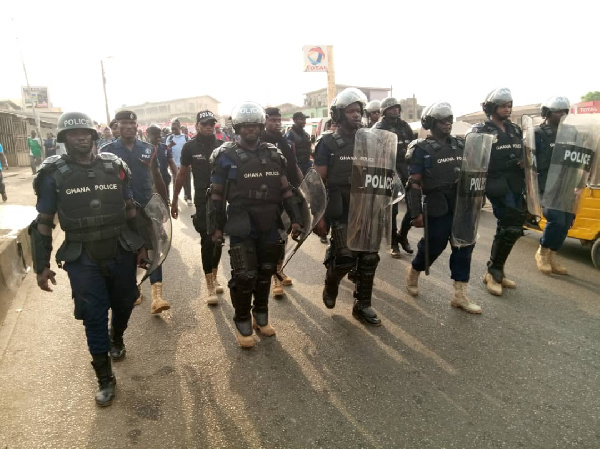 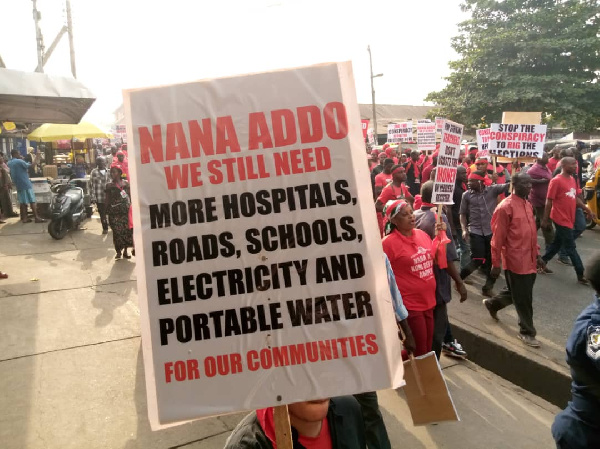