Susan Ofori-Atta later known as Susan de-Graft Johnson was the first Ghanaian female doctor and climbed further on the ladder of her profession to become a pediatrician in the Gold Coast (now Ghana).

Susan Ofori-Atta was born in Kyebi, Gold Coast (now Ghana), in 1917 to Nana Sir Ofori Atta I, the Okyenhene and Paramount Chief of the Akyem Abuakwa Traditional Area and his wife Nana Akosua Duodu.

Susan started her basic education at St. Mary’s Convent Elmina (1921) and excelled so much that at the age of 12, she entered Achimota Secondary School in 1929; just two years after Achimota College had been opened in 1927. She was one of the pioneering students.

Throughout her years at Achimota, she was among the top in her class and exhibited such excellence and brilliance in her academic work that she was one of the few women who made it to the final year and sat for the Cambridge School Certificate and passed. Susan also became the Girls’ Head Prefect in her final year.

Susan Ofori-Atta further practiced midwifery at Korle-Bu during her tertiary education level, she further continued her education at Edinburgh University Medical School, where she obtained her MB, Ch.B degree in 1949.

Additionally, her quest for more knowledge concerning malnutrition problems among children led her into the field of medical research into children’s malnutrition.

She, therefore, named the findings of her research work “Kwashiokor”, a Ga word that became part of the medical vocabulary and in 1960, she volunteered her time at a Congolese hospital that was understaffed.

During her time as a medical officer at the Princess Marie Louise Hospital, she was dubbed “mmofra doctor” (Children’s doctor).

When the University of Ghana Medical School was set up, she left the Princess Marie Louise Hospital to join the medical school. Susan then became a founding member of the Pediatric Department.

Consequently, she retired from the Medical School and set up her own clinic, known as the Accra Clinic and was also a member of the 1969 Constituent Assembly which drafted the Constitution for the Second Republic of Ghana.

She was honored by the University of Ghana in 1974 with an honorary Doctor of Science for her pioneering research work into childhood malnutrition.

Amongst many legacies, Susan Ofori-Atta was honored by the Achimota School after a female house was named after her. 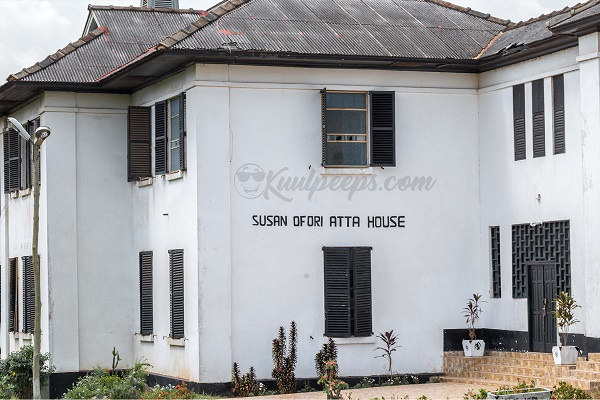 Source: www.ghanaianmuseum.com
2020-01-19
admin
Previous: KNOW ALL THE FIRE STATIONS IN GHANA AND THEIR CONTACT
Next: Ghana: Headline News January 21 2020