Former President John Dramani Mahama and flagbearer of the opposition National Democratic Congress (NDC), who is on a two-day working visit to the Savanna Region as part of his campaign for Election 2020 on Monday visited the Community Day School project at Mpaha in the Yapei Kusawgu Constituency reportedly abandoned by the current government.

He said: “I have often drawn attention to the criminal abandonment of key projects and this is one very key example. Almost complete, a full community secondary school, can you see fire extinguishers have been installed, ready to go… I remember it is one of the World Bank-funded projects that we got. There were 23 of them and then the remaining number of 100, we were funding through government resources and if you go round the country, you will find them at different stages of completion, some have almost been completed and yet they remain unoccupied,” Mr Mahama said.

He said, “If you look at the children in that [Mpaha] community and other surrounding communities, they have to travel several kilometres to go and get a secondary education when a whole secondary school is just at their doorsteps, it just needs a little more to complete it and then the children would have gone into them. There are some that I know that are completed…, but government has not done what it takes.” 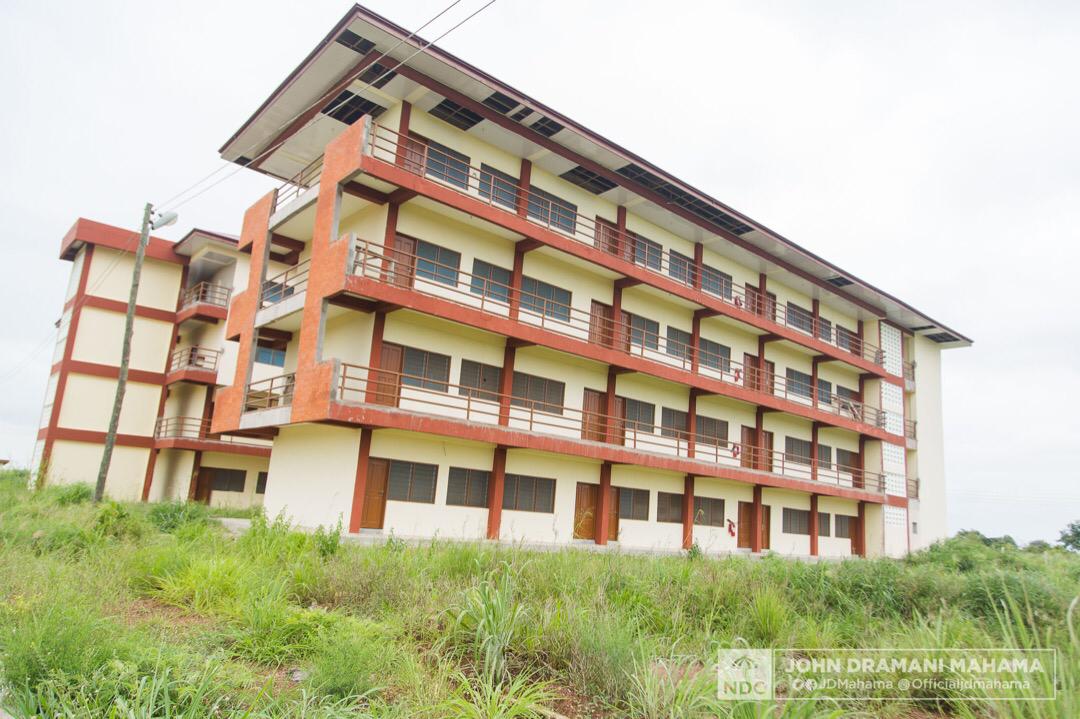 He said the Mpaha Community Day School, for instance is just one of the many E-Blocks abandoned by the government across the country.

He said while some Community Day Schools have been completed and abandoned, contractors working on other projects including the Day schools, health facilities, and roads have been compelled to abandon their sites.

Mr Mahama said the 1992 constitution enjoins all succeeding governments in the 4th Republic to continue the projects that it inherits from the preceding administration but it doesn’t look like this government [NPP] is respecting that aspect of our constitution. It is not only schools, I mean hospitals, there were several hospitals started all over the country that have been abandoned. There are several road projects, there are water projects, electrification projects that have been abandoned and when that happens, its just a waste of the taxpayers money, because this is a loan that we were given, government is going to pay and yet we are not getting the benefits of what this school should have offered the community.” 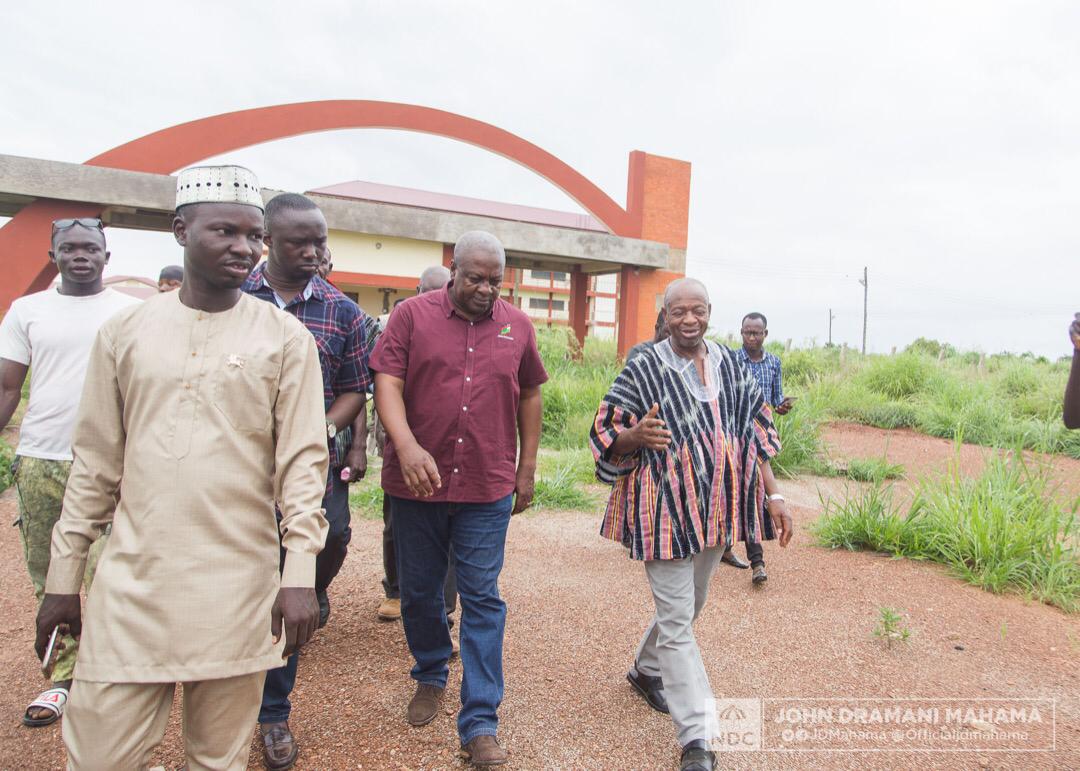 Former President Mahama who spearheaded the start of work on the 200 Community Day Schools condemned the decision by government to stop paying for ongoing projects and refuse to open up for use many completed projects.

From the Savanna Region, Mr Mahama will continue to the North East and Oti Regions.