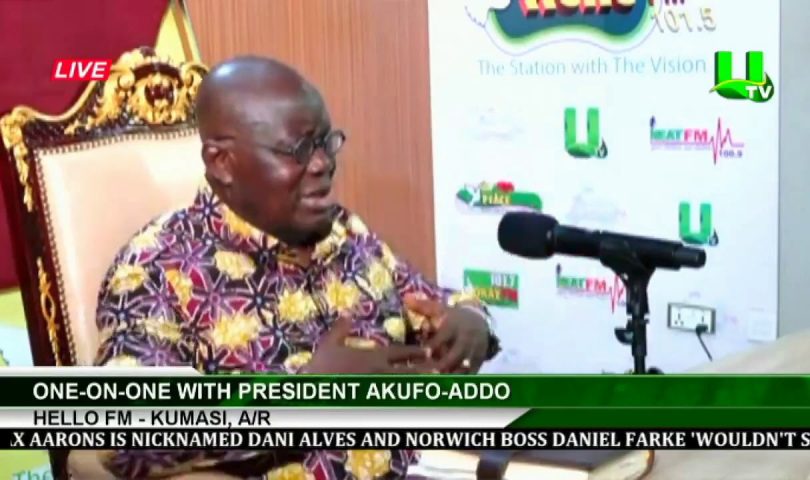 When Nana Addo Dakwa Akufo-Addo was sworn into office, one of the many things he promised was to protect the borders of Ghana and all the people in it. This was why when Nana Addo appointed 10 security personnel in his administration, people kept quiet. When you assess Nana Addo on that promise alone, it is very clear that he has failed on that too.

This secessionist thing that is going on in the Volta Region, started some weeks ago. As government of Nana Akufo Addo has been mute and helpless on it, the Volta Region House of Chiefs held an emergency meeting to try and resolve it.

They invited the Minister of Chieftaincy, Mr. Kofi Dzamesi and the Minister of National Security, Mr. Albert Kan-Dapaah but none of them honoured the invitation with some funny excuses. I was a panellist on a radio station in Germany. The host called the National Security Co-ordinator, Mr. Joshua Kyeremeh to throw more light on the issue. He was heard on-air saying he cannot speak to the issue, since he has not been authorized to do so.

As of now, the President himself has not commented on the issue, except the Information Minister, who comes around and joke about a serious matter like that. I heard Richard Ahiagba, the Executive Director of the Danquah Institute, who was asking the NDC to come out with their solutions. As you read this script, Nana Addo has no idea on how to bring peace to the Volta Region. I have said it severally, that Nana is not in charge of the country.

In 2016, Nana Addo told the family of Hon J B Danquah Adu that he will find the killer(s) of their Prince in 3 months after becoming President. He is over 3 years in his Presidency and the case has gone cold, even though the key suspect mentioned both Ken Agyapong and Nana Addo’s name in his written statement to the police.

Do we know where the case of the missing three Takoradi girls are? So, who on earth killed Ahmed Suale? The case of the GHAPOHA Executive who was murdered in her house too has gone cold.

As if we are joking, but Major Mahama was killed. His mistake was to help Nana Addo fight galamsey. His case too has gone very cold. Prof. Benneh too is gone and unfortunately, that is the end of it. A clear case of absolute no protection for anybody.

People are asking: How come the successionist issue comes up only when NPP is in power. The simple answer is that the NDC sees them as Ghanaians and not Togolese. Also, the NDC has a better defence strategy and policies than the NPP.

As you think of December 7, think also of the party and the leader who can better protect you and your family. Vote for John Mahama and the NDC. Aba no, Mahama afa.