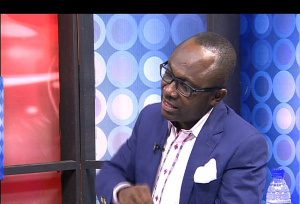 Yaw Oppong, a private legal practitioner, has argued that the Agyapa Royalties Limited agreement is not absolute, therefore, any future administration can abrogate it without much consequences.

Oppong who was a panelist on Citi TV’s The Big Issue explained: “Any stabilisation agreement that says there will be no judicial, no legislative, no executive power or authority that can change it for me is not absolute. In the sense that this agreement has been approved by Parliament and if Parliament can amend and repeal laws, why can’t they repeal or set aside this agreement?”

He added: “It has however been said in Ndebugri v. Attorney General that when it comes to revocation or setting [aside] of an agreement, it is an Executive act but that does not also mean that Parliament cannot also deal with it in the sense of supporting the Executive in a way to change or vary part of it.”

Parliament has approved five agreements that allows the country to derive maximum value from its mineral resources and monetize its mineral income sustainably and responsibly, in line with the Minerals Income Investment Fund (MIIF) Act of 2018 (Act 978).

The act enables the country to use Agyapa Royalties Limited, a Special Purpose Vehicle, as a conduit for securing about $1 billion to finance large infrastructural projects.

In line with that, Agyapa, which will operate as an independent private sector entity, will be able to raise funds from the capital market, both locally and internationally, as an alternative to the conventional debt capital market transactions.