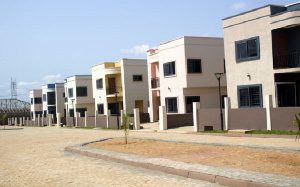 The government of Ghana will need an amount of US$3.4 billion to build some 200,000 housing units in the next ten years in a bid to bridge the housing deficit gap.

According to a housing expert, despite Ghana’s current housing deficit which stands at 2 million units from a previous 1.7 million in 2019, it is believed the deficit could be more as the country’s population increases.

An Executive Secretary of the Ghana Real Estates Developers Association (GREDA), Mr. Samuel Amegayibor on his part had earlier projected that the total housing shortage in the country will hit 5.7 million by the end of 2020.

As a result of this, government would have to build between 190,000 to 200,000 units of houses each year to somewhat bridge the gap.

Due to the adverse impact of the coronavirus pandemic, 50 percent of potential mortgage and housing deals have since come to a halt.

The pandemic has also resulted in an operational loss in capacity of 30 percent for real estate and house developers in the country.

“The coronavirus pandemic had led to estate developers operating at a maximum capacity of 30 percent, with more than 50 percent of potential mortgage deals being cancelled or put on hold while the servicing of existing ones had been distorted,” a housing expert earlier told GhanaWeb in an interview.

Some players in Ghana’s architecture and construction sector have urged for a comprehensive policy on housing to be instituted towards making affordable housing a reality.

Unfortunately, Ghana lacks a comprehensive housing programme in place which has in time been blamed on the lack of a financial strategy and implementation of housing projects.