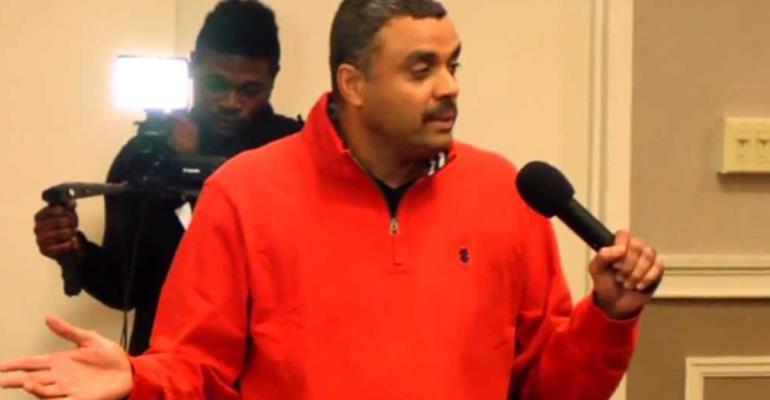 A leader, by its very meaning, shows someone ahead of a group of people whom he leads. The leader is in charge. The leader defines the aims. The leader strives to maintain the aim and puts in efforts to lead his people to achieve these aims. Here are some ways that a leader can make the people around him feel important.

Jesus mingled with thieves: the two thieves at the cross. You remember the two thieves who were crucified with Christ. Jesus could have ignored them whilst He was on the cross. Rather he engaged them in conversation at such a cruel time and actually gave one a special pass to Paradise with Him.

Jesus mingled with tax collectors: Matthew was a tax collector. And remember that tax collectors were despised in the society because they were seen as corrupt. Jesus was able to relate with him.

Jesus mingled with fishermen: Peter and a few of the disciples were fishermen. Jesus related freely and easily with them. He even used their professions to explain their new roles to them when He said they would be fishers of men.

Jesus mingled with foreigners: The Syro-Phoenician woman was a foreigner and a member of a group that was despised. That was why she told Jesus that the crumbs of the children could be given to the dogs under the table. Jesus could reach out and help someone who regarded herself as a dog in relation to Him.

Jesus mingled with mad men: The mad man of Gadara was another unique individual. Jesus cast out the devils from him, healed him of his disease and spent some time talking to him after he was restored to normalcy. That was amazing!

Jesus mingled with demonised people: Mary Magdalene is reported in the bible as someone that Jesus cast seven demons out of. “Now when Jesus was risen early the first day of the week, he appeared first to Mary Magdalene, out of whom he had cast seven devils” (Mark 16:9). Jesus was able to relate to such and even appear to such an one after His resurrection.

Jesus mingled with noblemen: Joseph of Arimathea was a nobleman and belonged to a higher class of their society. He had such a good relationship with Jesus that he got permission, after the crucifixion of Jesus, to have Jesus buried in his personal tomb.

Jesus mingled with priests and church leaders: Jesus was able to relate to Nicodemus, a church leader at the time. In fact, Nicodemus came to consult him privately and was taught amazing lessons. It was in conversation with Nicodemus that Jesus shared the famous verse, John 3:16.

There was no strata of society where Jesus did not interact freely. As a leader, do not restrict yourself to one group of the society.

Henceforth I call you not servants; for the servant knoweth not what his lord doeth: but I have called you friends; for all things that I have heard of my Father I have made known unto you.

Nobody likes to be called a servant even if that is the case. Jesus specifically said that he did not call his disciples servants.

Ye are my friends, if ye do whatsoever I command you.

I enjoy the friendship of the people who work for me. If I did not have them I would be very lonely.

But he answered and said unto him that told him, who is my mother? and who are my brethren? And he stretched forth his hand toward his disciples, and said, Behold my mother and my brethren! For whosoever shall do the will of my Father which is in heaven, the same is my brother, and sister, and mother.

This is one thing I have done all my life. I have never seen my pastors or workers as employees but as family. I actually hate being called “boss”.

…but I have called you friends; for all things that I have heard of my Father I have made known unto you.

When you tell people about yourself and your plans it draws them close.

There is the reality that because you are the leader, you are different! Yet a good leader must strive to let the people around him feel important! This engenders an atmosphere that makes working together even easier.

Culled from ‘The Art of Leadership’