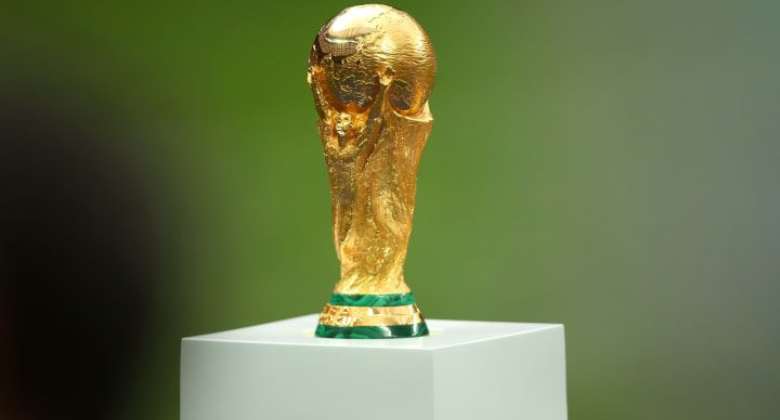 France’s victory in World Cup 2018 – a decisive 4-2 demolition of gutsy Croatia, on 15 July 2018 – brought a feeling of “deja-vu” to many black spectators of the tournament. Cameron Duodu reflects.

We have seen it all before! – in the tournament of 1998. That year, Zinadine Zidane, of Algerian ancestry, playing for France, did such a magnificent job (he scored two goals) that posters went up all over Paris, calling for “Zizou” to be made President of France.

In that tournament, France was able to beat the favourites, Brazil by 3 goals to nothing – on 12 July 1998. This victory was largely due to the fact that battling bravely alongside Zidane to win France its first-ever World Cup, were other great players, armed with tonnes of talent and flair, who were also of African ancestry: notably, Lilian Thuram, Patrick Vieira and Marcel Desailly.

Many French people nicknamed the team “Black Blanc Beur” —black, white, Arab — a play on the trilogy of the French flag’s colours, blue, white and red. Christian Karembeu (born in New Caledonia, a French overseas territory 1,200 kilometers off the coast of Australia) remarked then that the importance of France’s 1998 victory came from allowing the French fans, just like him and his teammates, to be able to “feel close to their ethnic roots, while simultaneously feeling pride in being French.”

“We know where we come from,” Karembeu affirmed. “I come from New Caledonia, a small island; Desailly from Ghana; Thuram from Martinique. We know that football can unite and we have done that. We achieved a great goal to unite the French people to be proud to be French”, Karembeu added.

In fact, many French politicians paraded the team’s image in 1998 as a shining example of a successful, multicultural France. The approval rating of the then President, Jacques Chirac, for instance, rose by 18 points on the back of that World Cup victory – to a whopping 69 percent.

But Thuram (one of the more perceptive of the few politically-conscious players of African ancestry) noted that the World Cup victory was “a defining moment for questioning what we are, as French people.” The French team was composed of players of different colours and different religions, he pointed out. “But can we also accept this in our society, outside of sports?” he asked.

The answer to Thuram’s question was provided in the French election of 2002, when Jean-Marie Le Pen, the far-right leader of the racist National Front (who had openly disparaged the French team for comprising “too many players from foreign countries”) was rewarded by the French electorate for his racism! , Rather than being punished, he was inexplicably propelled to the second round of the presidential election.

Le Pen didn’t win, but the portents of his performance in the election were not lost amongst those who had fantasised in 1998 that football had brought multi-racialism to France. The victory might in fact have brought a “backlash” to French politics.

In fact, many French politicians paraded the team’s image in 1998 as a shining example of a successful, multicultural France. The approval rating of the then President, Jacques Chirac, for instance, rose by 18 points on the back of that World Cup victory – to a whopping 69 percent.

Will history be repeating itself? The 2018 performance of the French team was even more spectacularly dependent on black players. The star of the team was the 19-year-old prodigy Kylian Mbappé, who is half-Cameroonian, half-Algerian, from Bondy (Seine-Saint-Denis) and currently plays for Paris St.-Germaine. Scorer of the fourth French goal against Croatia in the final, Mbappé won the “FIFA Best Young Player In The World Cup” award, coming second only to the great Pele, who won the title at the age of 17 in 1958.

Mbappé enjoyed a sensational tournament, scoring one goal as France beat Peru 1-0 in the group stages, and two against Argentina in the knockout stages, when France beat Argentina 4-3. And he crowned it all with a most beautiful goal against Croatia in the final.

Mbappé was, of course, not the only blackman to bring glory to France in 2018. Also in the French squad were Samuel Umtiti (born in Cameroon); Steve Mandanda (born in the Democratic Republic of Congo); Paul Pogba (parents from Guinea); N’Golo Kante (parents from Mali); Blaise Matuidi (parents from Angola); Presnel Kimpembe and Steven Nzonzi (whose fathers are Congolese) and Corentin Tolisso (Togolese father).

This is what has caused Karen Attiah, Global Opinions editor. of The Washington Post, to warn Africans that it was “problematic” for them to “take comfort” in the fact that there were so many blacks in the French team, although all the teams from Africa itself had been eliminated from the tournament in its early stages.

Below were her sentiments:

“As a half-Ghanaian, half-Nigerian woman born in the United States, I have found it painful to watch yet another World Cup in which Africa has fallen short. The games have been especially frustrating (and not just because Ghana’s Black Stars failed to qualify for the tournament). This year’s World Cup marks the first time since 1982 that no African team has advanced to the knockout stages. Nigeria was defeated by Argentina. Senegal was sent home despite having the same win-loss record as Japan, ….[because] the team accumulated more yellow cards than Japan and thus became the first team in history to be sent home from the World Cup due to the fair-play rule…..

But wait! World Cup fans have been jubilantly saying France is the last African team left in the World Cup.

[But] Les Bleus also represent certain dark truths about being an African immigrant in the West. Often, well-meaning liberals point to extraordinary accomplishments of immigrants, in order to extol the virtues of immigration and tolerance. But such efforts reinforce the notion that black immigrants have to be superhuman to be deemed worthy of belonging in a white-majority society.”

That notion is problematic, because it looks as if the African immigrant in Europe can simply never win!

Be that as it may, my own “dark feelings” about France using black talent to win the World Cup are unambiguous and rather basic: I cannot help feeling that if the black French players had arrived as infants in rickety boats at European ports recently, having miraculously survived the murderous trans-Saharan crossing, many of the infants would have been left to drown and die in “the Mediterranean Sea cemetery”.

I remember the unforgettable face of a 4-year-old boy who lay dead, washed up on a sandy beach in the Mediterranean, and I cannot shake off the feeling that in a parallel universe, it could well have been Kylian Mbappé!

Those who do not appreciate the importance and uniqueness of every single human life should take note of the wastage of talent that European “anti-immigrant” policies represent. The Italians and the Hungarians in particular should realise that as they allow their right-wing political “leaders”to turn them into unfeeling beasts, it is their own innate humanitarian instincts that they are shutting out.

How I wish I could cause the racists to see in their dreams, night after night for a whole year, a drowning, 4-year-old Kylian Mbappé, clutching a football and crying “Save me! Save me! I am going to be better than Ronaldo and Messi!!”

From current happenings, the response from many in Europe would have been an indifferent silence, not so?