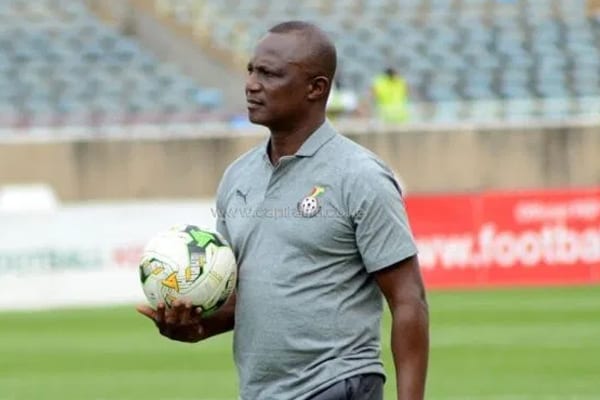 Former Heart of Lions head coach, Ken August has revealed that Coach Kwasi Appiah’s decision not to involve experienced coaches during his time with the Black Stars caused his failure.

Coach James Kwesi Appiah was given the Black Stars job for the second time in 2017 and tasked to guide the team to the 2019 Africa Cup of Nations (AFCON) tournament and win it.

Unfortunately, the gaffer only managed to lead the team to the Round of 16 and was knocked out by North African side Tunisia.

Though he was allowed to work with the national team for a few more months, he was subsequently shown the exit door when his contract expired at the end of December 2019.

Sharing his thoughts on why Coach James Kwesi Appiah failed with the Black Stars, Coach Ken August who is the Organizing Secretary of the Ghana Coaches Association has noted that the gaffer’s decision to work without experienced coaches is a big factor.

“Akwasi Appiah did not involve experienced local coaches in his work. He never even invited us to observe his training. He failed to support our quest to be represented at AFCON even though we appealed to him. C. K. Akonnor should learn from his mistakes”, the veteran coach told Akoma FM